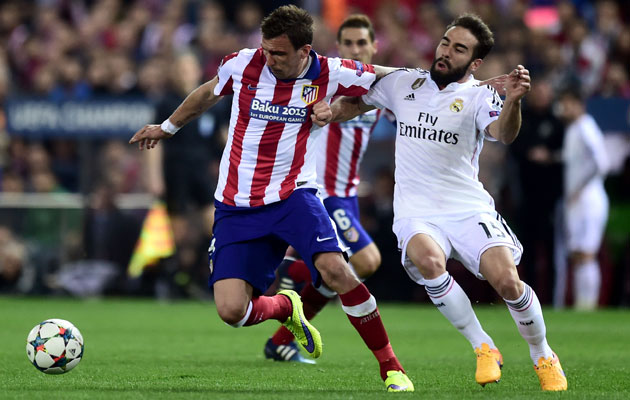 Carvajal has denied trying to bite the Croatia international on the arm in a tempestuous first leg encounter.

“Seeing after the match that I have been accused of biting a rival player I want to make it clear that I did not bite anyone, nor did I try to,” the Spain right-back said.

Speaking later to Spanish radio, Gabi said if there was evidence of a bite then UEFA would have to intervene.

“I can’t judge the incident but if Uefa study the images and see something they should take action,” Gabi said.

“They are unpleasant incidents and if the footage is so clear then perhaps the [Uefa disciplinary] committee should step in.”

“Yesterday’s game was very tough and both teams gave everything but for me there was no controversy, no bite, no nothing,” he wrote.

“We are all already thinking about Saturday’s match against Deportivo which is very important,” he added.

Here’s the footage as posted on youtube. It must be said it appears rather inconclusive.