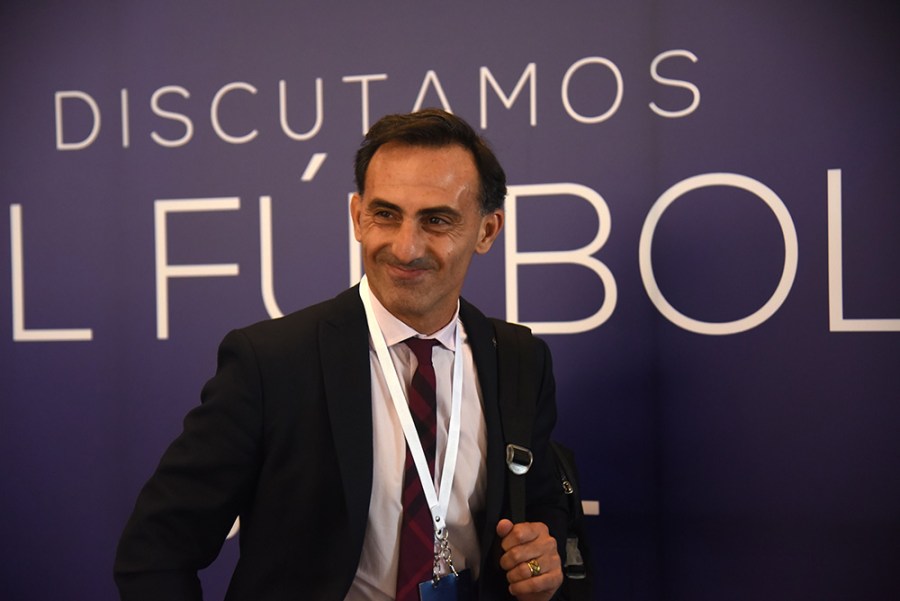 Diego Latorre was one of the first Argentinians to be burdened with the “new Maradona” tag.

He never came close to living up to those expectations. But he had a reasonable career, including international caps, and he has subsequently gone on to become one of Argentina’s most thoughtful and intelligent pundits.

With the South American club season in its high summer pause, attention has turned to Europe, with the recent Real Madrid-Barcelona superclasico and the ongoing activities of Serie A and the Premier League. “Over there are the stars, the economic power and the great spectacles,” he wrote.  Not paying attention to European club football “would be to deny excellence”.

Latorre, though, looks on with certain misgivings. “I must confess that I am not seduced by the idea of a multimillionaire magnate arriving at a club and transforming it on the basis of a powerful injection of money… I see something artificial in the model.”

His thoughts are justifiable and widely shared – on both sides of the Atlantic. But his analysis becomes problematic when he contrasts this with the South American model.

“Perhaps we cannot understand this new vision. Definitively, we come from another culture, another conception of football. We are moved by ‘hinchismo’ [which roughly translates as ‘fan-ism’], by the feeling of belonging, passion and love for the colours.”

This is clearly true. But does it not also apply to one of the targets of his doubts, Manchester City?

Of course, the money has arrived from the Middle East. But those who the club represents, the fans, are also moved by ‘hinchismo’, the feeling of belonging, passion and love for the colours. City are a traditional club from the world’s first industrial city, a hotbed of football, and their supporters have followed them decade after decade through good times and bad. The existence of these sentiments is not annulled or devalued by the fact that now the club has the money to allow them to watch some of the best football in the world.

Latorre’s separation into ‘artificial’ and ‘organic’ runs into another problem – the danger of falling into a romanticised vision of the latter. Recent events have made this very clear.

Ariel Holan announced his resignation as coach of Independiente just a few days after taking the Argentinian side to triumph in the Copa Sudamericana, the continent’s Europa League equivalent.  It was the club’s first major title for seven years.  His work was widely acclaimed.  He is a lifelong Independiente supporter and a paid up member of the club, who was living the dream by being their coach. True, he soon went back on his decision, and decided to stay.  But why had he considered jumping?

Holan grew tired of the threats he was receiving from the club’s organised groups of supporters, disillusioned with a situation where his family needed bodyguards to go to the supermarket.

The reason for the pressure is simple – money. Over time these organised groups of supporters have become thugs who live off the game. They extort an informal “tax” on players and coaches, on street sellers round the ground and even, or so it has been reported, receive a cut of transfer fees.

The original idea behind such practices was that the clubs were representatives of their neighbourhood, and should therefore chip in and help out with travelling costs to enable fans to get to away games. This has mutated into an extortion racket.

Since the club president is an elected position, it can be useful to have a rent-a-mob on hand to intimidate opponents. This rent-a-mob then takes on a life of its own, making itself useful in the formal political system, cultivating powerful contacts and living off its gains. Much of the violence that takes place in contemporary Argentinian football happens between supporters of the same club, vying for status and supremacy inside these organised groups of thugs.

The practice has spread to Brazil. Muricy Ramalho tells a story of when he was coach of Sao Paulo; a group of thugs invaded the training session, a relatively common event, and demanded that he drop a certain player. But if Ramalho did not take their advice, and continued picking this player, then they would chant his name from the stands providing they were paid for doing so.

It is little wonder that these groups of thugs have a tendency to move into organised crime – police in the city of Sao Paulo say that they have uncovered links between the thugs and the drug trade.

Between the two extremes identified by Diego Latorre there are other ways of organising a football club – the German model where supporters have a say looks especially interesting. But the multimillionaire who puts money into the game is surely preferable to the thug disguised as fan who takes money out.