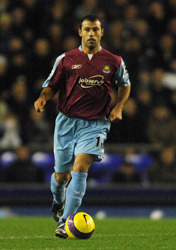 Liverpool take on José Mourinho’s Chelsea at Anfield on Saturday. Click here for the latest odds!

Liverpool have written to Fifa asking for special dispensation to sign Argentinian midfielder Javier Mascherano on loan from West Ham.

Mascherano is unable to play for another club this season because he has already represented Corinthians and West Ham in the past 12 months. But Liverpool hope Mascherano will be allowed to complete a move to Anfield.

Mascherano arrived at Upton Park with international team-mate Carlos Tevez on 31 August, but he has barely figured in the starting eleven and is desperate to leave the club.

Under the world governing body’s rules, a footballer cannot play competitively for more than two different clubs between 1 July and 30 June the following year.

Liverpool take on José Mourinho’s Chelsea at Anfield on Saturday. Click here for the latest odds!