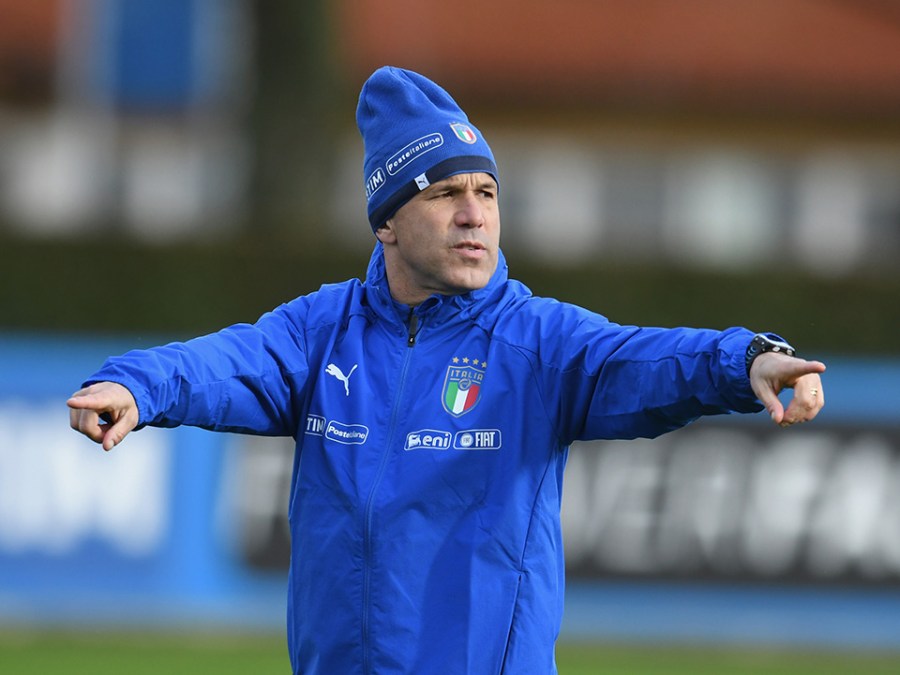 And now begins the hard bit. Five months after that apocalyptic night at the San Siro when a 0-0 play-off draw with Sweden saw Italy fail to make the World Cup finals for the first time since 1958, Italy next weekend take to the field for two prestigious friendlies in England, first against Argentina and then against England.

When these games were originally planned, the Federation was more than happy to organise games against two top level opponents who would be sure to provide a meaningful test on the eve of the World Cup in Russia. Now, of course, Italy’s role is, de facto, reduced to that of useful sparring partner for two teams who, clearly, will travel to Russia with the highest of expectations.

Italy now find themselves in the sort of position which would have been occupied by Iceland a few years back. That is, they will provide useful opposition for the big guns, as they polish their boots and pack their bags for Moscow. The point now, however, is that Iceland, of course, will actually be going to Russia, in the process becoming the smallest country (by population) ever to qualify for a World Cup Finals competition.

As the springtime moves on, Italian football will spend a lot of time reflecting ruefully on the fact that sides like Iran, Japan, Panama and Iceland will all be in Russia, whilst the Azzurri, four times World Cup winners, will be at home watching on television.

It is in the context of what is nothing less than a national disaster that it now falls to the former Roma, Inter and Italy midfielder, Gigi Di Biagio, to pick up the pieces and put the show back on the road. Even before his side has kicked a ball in anger, however, Di Biagio has already been roundly criticised with different commentators arguing that the former Italian Under-20 and Under-21 coach is far too conservative to take over the team at a crucial moment when, more than anything else, a clean slate and new, fresh young faces are needed.

To some extent, Di Biagio brought this criticism on himself when he announced last month that he intended to call up Italian icon, 40-year-old goalkeeper captain, Gigi Buffon for these two friendlies. Needless to say, there have been those who say that if you intend to effect a total “refoundation”, then you hardly start with a 175-times-capped player.

In fairness, Di Biagio said last month that “a player like Buffon” (i.e. with his track record) simply “cannot end his career with that game against Sweden.” Given “everything that he has given to our football”, suggested Di Biagio, his career deserves to end on a different note.

So, is Buffon being trotted out on a farewell tour that takes in the Etihad Stadium next Friday against Argentina and then Wembley against England on the following Tuesday?   All too keenly aware of his unusual situation, Buffon himself on Monday morning on his arrival at the Federation training centre of Coverciano, Florence sounded an almost apologetic note saying that he had always been a “unifying presence” in the national team context and that is the way he wanted it to continue.

Throughout his 21-year-long Italian career, Buffon has, of course, been not only an outstanding team player and latterly team captain but also an inspirational, charismatic leader, on and off the pitch. Di Biagio’s desire to pay him some sort of tribute is understandable, if unusual at this level. Cynics might also add that his “Farewell Tour” presence will surely add to the box-office takings, too.

All that could well be. In the meantime, though, Italy have a national team to rebuild and they are starting out in their first game since the Sweden debacle with a caretaker coach in charge. Football often mirrors the society around it and thus it comes as no surprise to realise that at the very moment that Italy is without a post-election government but is rather currently being administered by caretaker Prime Minister Paolo Gentiloni, Italian football is in a similar situation.

Right now Italian football is in a “government” limbo, given that the administration of both the Federation and the Serie A League have been effectively suspended for at least the next six months in the wake of an inconclusive federal electoral assembly at the end of January. That assembly came in the wake of the World Cup elimination which, inevitably, prompted both the sacking of team coach, Gian Piero Ventura, and the resignation of federation president, Carlo Tavecchio.

For now, Di Biagio is in charge of the senior team, having been promoted to that job from the Under 21 side. Many believe that Di Biagio’s reign will come to an end when a new federation president appoints a new, “prestige” coach, someone like Roberto Mancini, Carlo Ancelotti or Antonio Conte.

That could be. In the meantime, though, Di Biagio has a golden opportunity to stake his claims by preparing a credible team for these two prestige friendlies. If he did well, goes the reasoning, the federation might just be tempted to stick with him, fully aware that he would cost a lot less than any of the three above mentioned candidates.

As the Italian Phoenix attempts to rise from the ashes, maybe these friendlies will prove surprisingly useful and rather more than a Buffon Farewell Tour.