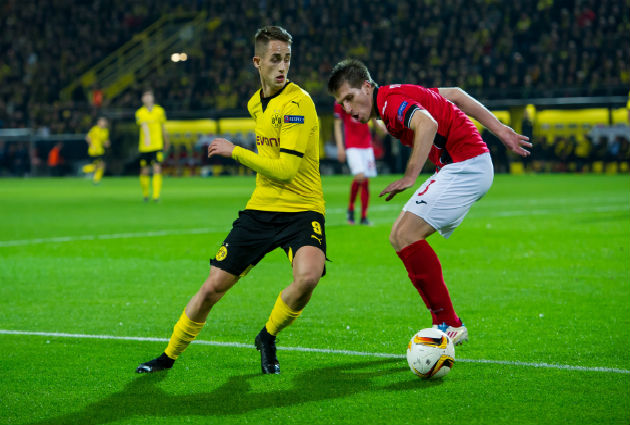 According to Sky Sports and The Times, Manchester Utd have requested to Borussia Dortmund that the loan of youngster Adnan Januzaj be terminated.

Both clubs had agreed for Janzuaj to have a season-long loan at Dortmund, however the highly rated youngster has failed to make a single start for Dortmund since joining the club towards the end of the summer transfer window.

#MUFC have asked Borussia Dortmund to cancel Januzaj's loan owing to lack of playing time. Will return this week. Story via @TimesSport now

It is disappointing for Januzaj because he had limited starts under Manchester Utd manager Louis Van Gaal last season and would have been looking for more game time. However with the likes of Dormund stars Marco Reus, Pierre-Emerick Aubameyang and Henrikh Mkhitaryan all starting ahead of him – starting opportunities appear to be fruitless.

However, Januzaj played four times for Louis Van Gaal this season, and the Manchester Utd boss, was disappointed to see him because he was looking to play him regularly this season.

Van Gaal also foresaw the difficulty Januzaj would have breaking into Dortmund’s first-team and said that going to Dortmund was a “big risk”:

“At a club like Borussia Dortmund, all the players are also of a certain level,” Van Gaal explained.

“I said in advance that’s a big risk, because you have to compete with other players of a higher level and that’s not so easy.

“It’s the same as at Manchester United. He has to compete with higher-level players. I want him to play all the matches, and that’s why I wanted to play him in the Premier League, but he chose Borussia Dortmund.”

He added that a player’s character was vitally important, and talent alone, is not enough:

“We have to wait and see [if it’s a good move] because now he doesn’t play.

“I am certain he has the talent to play, but he has to learn a lot of things.

“Talent is important, but so is the character to develop your talent. And he can learn that.”