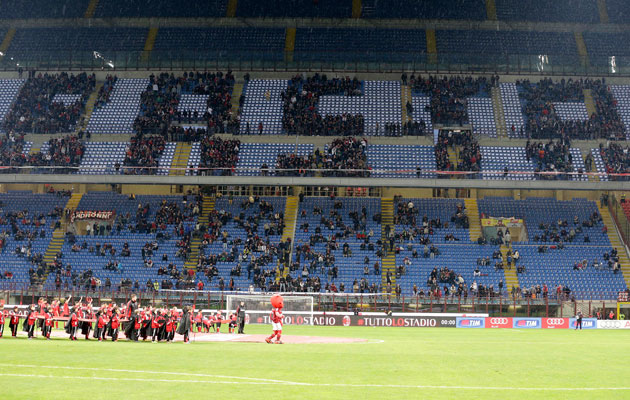 Milan fans made a stunning visual statement in protest at the the way the club is being run during Wednesday’s 3-1 home defeat by Genoa.

Supporters in the Curva Sud stand of the San Siro formed the word ‘basta‘, which translates from Italian as “enough”.

They are frustrated with a lack of leadership from owner Silvio Berlusconi and unhappy with the uncertainty over his future plans for the club, who lie 10th in Serie A.

Milan, one of the great names of European football, have won 18 Serie A titles and seven European Cups but finished eighth last season, failing to qualify for the Champions League – and are on course for a worse finish this season.

Wednesday’s loss was Milan’s 10th of the campaign and their second in a row following the 2-1 defeat by Udinese last Saturday.

Average attendances are running at 35,000 this season, down from 40,000 a year ago. Rossoneri fans previously boycotted March’s 3-1 home win over Cagliari. Although, some supporters did make the effort to place banners expressing their dissatisfaction with the way the current state of play. 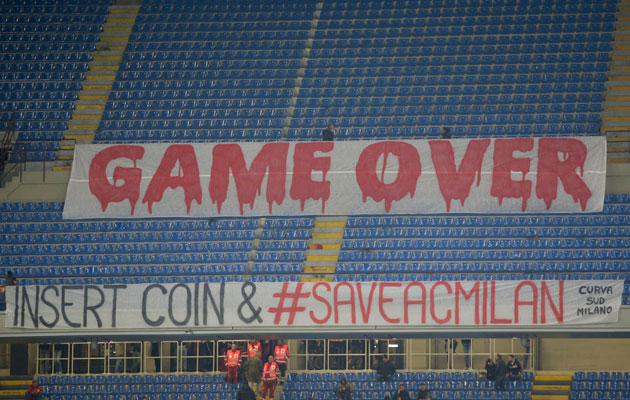 Producing banners complaining about the way the club is being run is nothing new for Milan fans. Back in 2010, when Berlusconi was an infrequent visitor to the San Siro, the supporters created a banner mocking his apparent indifference to the club.

“You don’t show up for a year and you do now empty handed, really brave go home”, read a banner held aloft by disgruntled fans prior to the start of a pre-season training session. 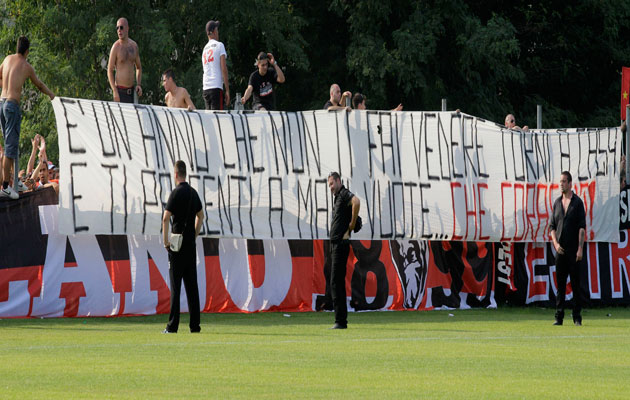 Ironically, the club won the league the following season – the first time they had done so in seven years. That remains their last scudetto and the subsequent four seasons, during which they have fallen further and further behind rivals Juventus, have clearly taken their toll on the club’s support.