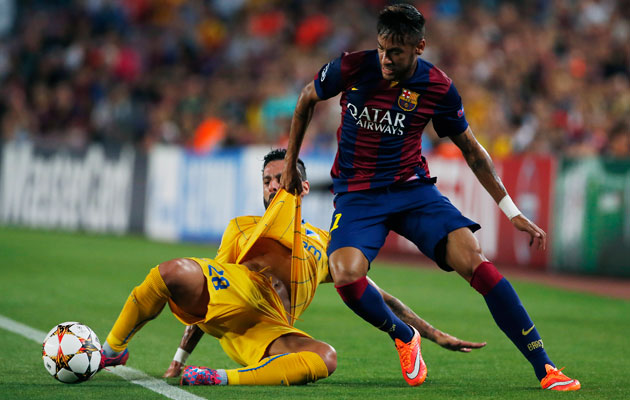 Former Santos President Luis Alvaro de Oliveira has accused Neymar’s father of pocketing €3million in the deal that took the forward to Barcelona.

In an interview with Cadena COPE, De Oliveira claimed Neymar da Silva received the money from Barcelona before the 2011 Club World Cup in Japan.

“In full agreement with Santos his father received the money before the final, which was the most important game for Santos this century.

“A player cannot play against a team that has already paid him €3m,” he added.

The former President has been accused of waging a personal war against the Neymar family, and some of his more incendiary statements having got him into trouble with the law.

“He’s a liar who likes to abuse and only thinks about money,” he said earlier this year. “To give you an idea, in the last contracts he demanded a clause stating the club had to pay for first-class flight tickets for him and two business-class seats for his advisors to watch Neymar play away from home. It didn’t matter whether it was for the national team or in the domestic league.”

Ribeiro also revealed that Santos had received a better offer from Real Madrid for Neymar, but that the player had already set his heart on a move to Camp Nou.

“He told me that the offer from Real Madrid was superior but that the decision of the player was the opposite,” he added. “His destiny was decided: he wanted to go to Barcelona – end of.”