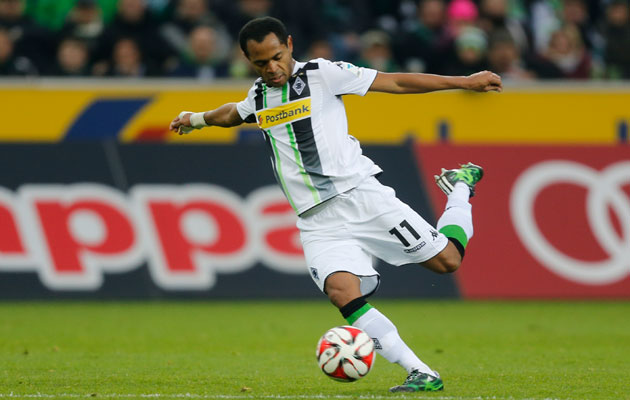 1.  Bayern: buying out the competition?
Bayern Munich have a long track record of weakening domestic rivals by luring away their most influential individuals and if journalists on the Express newspaper in Köln are correct, the Bavarians are at it again, preparing to raid Borussia Mönchengladbach for Brazilian ace,

Raffael. The scorer of both his club’s goals when Gladbach memorably triumphed 2-0 at Bayern in a Bundesliga encounter in March, the 30-year-old ex-FC Zurich, Hertha Berlin and Dynamo Kiev man is very much a Pep Guardiola type of player: flexible – equally at home as a second striker or in an attacking midfield role- a virtuoso on the ball, excellent in his movement and very much a goal-threat (notching no fewer than 27 German league goals in the past two campaigns).

Raffael still has two years left on his Borussia contract and though it does not contain a release clause, Bayern apparently think that a 15 million euro offer – high by Bundesliga standards – will trump any resistance. No chance, counters Gladbach director of sport, Max Eberl. Let’s see. 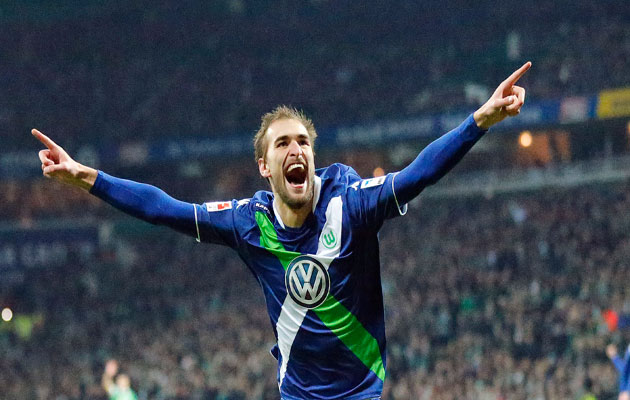 Wolfsburg coach Dieter Hecking recently predicted in an interview with a local newspaper that if his team’s Dutch sharpshooter Bas Dost remained in Green-and-White, he would have no trouble improving on his strike-rate of last term (16 goals in 21 Bundesliga games). But as Hecking knows only too well, it’s a theory most unlikely to be tested. Fearful of not playing so regularly now that Germany front-man Max Kruse has been recruited from Gladbach, Dost’s desire to move on is an open secret and fresh from his Spring Championship goal-blitz, is in ideal position to cash in.

Wanted by Dortmund and at least three Premier League sides (Newcastle, Stoke and Sunderland), the giant target man is a walking, talking inflationary pyre, only rated in the one million euro bracket when Feyenoord unsuccessfully tried to buy him early this year but but now worth around 15 times that amount. Should he depart, expect the Wolves to replace him with Juventus’  Basque lion, Fernando Llorente.

3. Di Santo spectacularly turns it around. 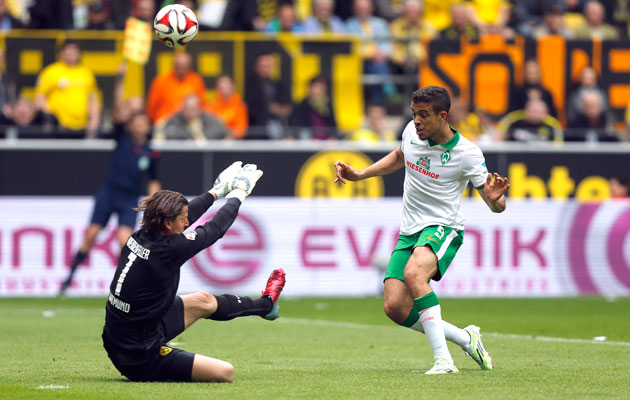 Labelled a Premier League flop after managing only 14 goals in five seasons (2008-13) with Chelsea, Blackburn and Wigan, Argentine striker, Franco Di Santo, now reborn at Werder Bremen, certainly looks a much more attractive proposition these days, good enough to have German, English, Italian and Dutch clubs all reported to be ready to make their acquisitive move.

Sixth in the Bundesliga scoring lists last season with 13 goals, the 26-year-old has been stonewalling over extending his current contract beyond 2016 and quite clearly is of the opinion that he can do much better than a mid-table Bundesliga outfit. His preference ? Any team offering him European football. 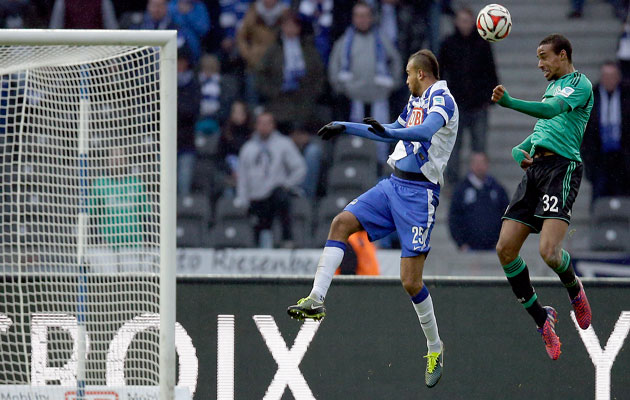 It’s extremely hard to find any observer of the Schalke scene who does not think that Cameroon international central defender or midfield holder Joel Matip has played his last game for the club.

Throughout new contract talks, the Gelsenkirchen outfit and Matip’s agent, Alexander Schütt have been miles apart in terms of salary and rather than risk the 23-year-old leaving on a Bosman free transfer in the summer of 2016, Royal Blue general manager, Horst Heldt is well aware he has to sell now, possibly to Newcastle United who are thought to have made a bid of some 14 million euros.

Strong, intelligent, technically-polished and with extensive Champions League and World Cup experience, he has, however, gone stale of late and would indeed benefit from a change of environment.

5. Out of Africa, out of Augsburg. 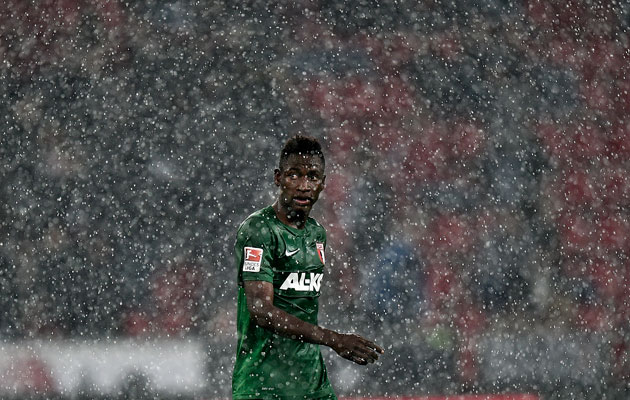 Abdul Rahman Baba looks likely to move to a London club this summer.

For all the best efforts of FC Augsburg’s general manager, Stefan Reuter to publicly scotch the rumours linking 20-year-old Ghanaian left-back, Abdul Rahman Baba with a move to the top-end of the Premier League, Borussia Dortmund or Roma, the truth is that as long as FCA’s valuation is met (around 21 million euros), the deal will be done.

The revelation in Sport Bild that Augsburg are chasing Karlsruhe’s up-and-coming left-back Philipp Max – the son of former Schalke forward and UEFA Cup winner Martin Max – suggests that Baba soon will be heading for the out door, with London the most likely destination.

He will require an extensive medical, though, plagued with an extremely sore big toe in the last few weeks of last season and needing both a special boot and a plentiful supply of painkillers.