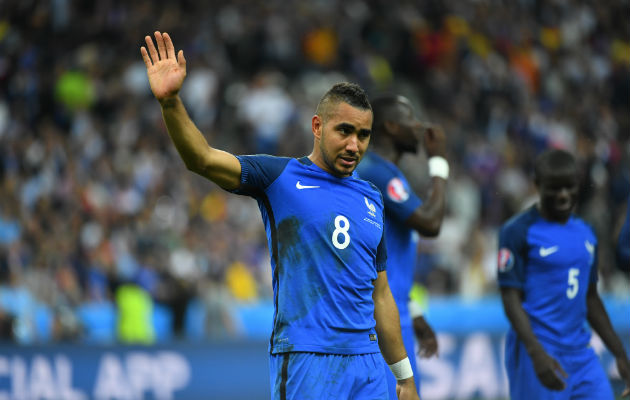 Dimitri Payet was a teenager when he watched his childhood heroes lift the 1998 World Cup and 2000 European Championship; this time, on a day when France needed someone to be counted for, Payet made himself a hero.

Payet was in tantilising form throughout the 2-1 victory over a resistant Romania outfit – producing magnificent touches and turn, in a similar vein to French legend Zinedine Zidane.

He provided the assist for Oliver Giroud and a spectacular goal which erupted the Stade de France.

Payet was given a standing ovation and left the field in tears. This was a man with a point to prove after being left out of the 2014 World Cup, Payet has enjoyed a stellar campaign and attributes his success to hard work.

“At the start of the season, a lot of people would have found it hard to believe I would be here, I have got here by working hard.” said Payet.

And on the tears he displayed after being substituted he said:

“It was a lot of stress, a lot of pressure, if someone had told me it would have gone like that I don’t think I would have believed them.

“It was that emotion that came out in the goal. When I saw the stadium tonight I knew I was going to have fun.”

Didier Deschamps hailed the ability of Payet and had no doubts about his impact on the game.

“I have no doubts over Payet and the influence he can have on the game. He can make the difference,” said Deschamps.

“It is quite easy when you can bang it into the top corner, it solves a lot of problems.”

Deschamps acknowledged that work still needs to be done, if France are to go far in Euro 2016.

“The opening match of a competition is a bit like a cup final and we were a bit timid in the opening 25 minutes.

“It is the result that matters above all. We know not everything was perfect, far from it. This Romanian side showed they are very organised and it is very important to start with a victory.”