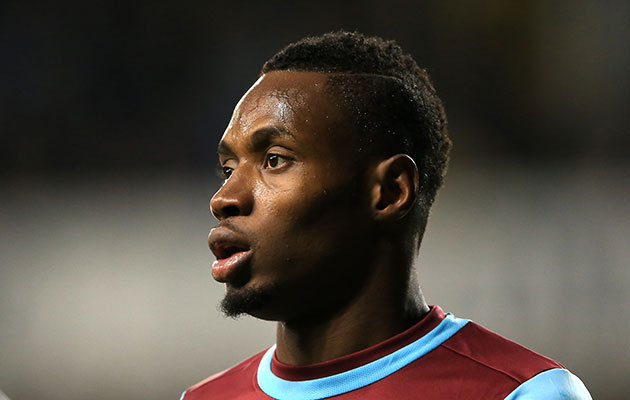 West Ham striker Diafra Sakho has apologised after accidentally crashing his Lamborghini into the front garden of a neighbour’s house.

The 26-year-old Senegal international crashed into an oncoming car and span off-road not far from his home in Hornchurch on Monday night.

The homeowner told the Standard that the Premier League player was apologetic as he emeregd from the wreckage of his car before heading off on foot.

Sakho later tweeted: “Thank you for the messages. Was involved in a small car accident this evening. Thankfully no one was hurt.”

Thank you for the messages. Was involved in a small car accident this evening. Thankfully no one was hurt.

The homeowner told the Standard: “His car hit another car coming towards him and swerved off the road into the wall. It knocked down a tree and the debris was all across the drive.

“We were inside and heard a massive thud… the whole house shook.

“My daughter recognised it was Sakho straight away. He was apologetic and said it was his fault. He just apologised really.

“He wasn’t hurt. He got out of the car and was okay but the car was embedded in the wall. The chap who came to pick it up later said it was a write-off.

“The girl driving the other car was very shaken up, she was very lucky.”

A witness posted several pictures of the crash on her Twitter account, writing: “Great night when Sakho drives into your house and car.”

Sakho joined West Ham from French club FC Metz in August 2014 for an undisclosed sum and has scored 17 goals in 39 appearances for the Hammers.

A Scotland Yard spokesman said of last night’s crash: “We were made aware of a road traffic collision in Ernest Road with the junction of Nelmes Road at 10.30pm.

“This was a damage only collision, police did not attend. There were no injuries and no arrests.”