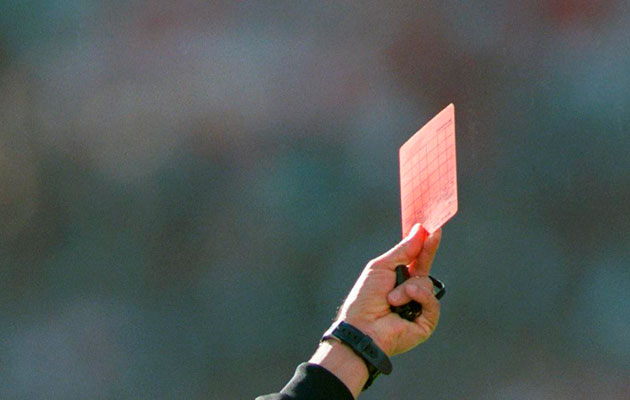 A referee has been shot dead by a young player after the official had shown him a red card and sent him off.

The incident took place in the city of Cordoba in Argentina, which is 700 km from the Argentine capital Buenos Aires.

The referee, Cesar Flores was shot three times by the player who had been given marching orders. According to reports, the player retrieved the gun from a bag in his car and returned to the pitch to shoot at the 48-year-old referee.

Police sources told the Efe news agency: “It all happened during the football match. We don’t know [exactly what took place], but it appears the player was angry, fetched a gun and killed him.”

Reports stated that the player shot Flores, once in the head, the neck and the chest. Another player, Walter Zarate was also injured in the shooting but is understood be recovering.

The killer is still on the run and the subject of a police hunt.

This is not the first time officials have been targeted in deadly fashion. In December 2012, Richard Nieuwenhuizen, a 41-year-old father of three was kicked to death while officiating in his son’s junior football game.

Last month, five players were sent off during a friendly between River Plate and Boca Juniors. The referee Patricio Loustau booked nine others during a stormy encounter.