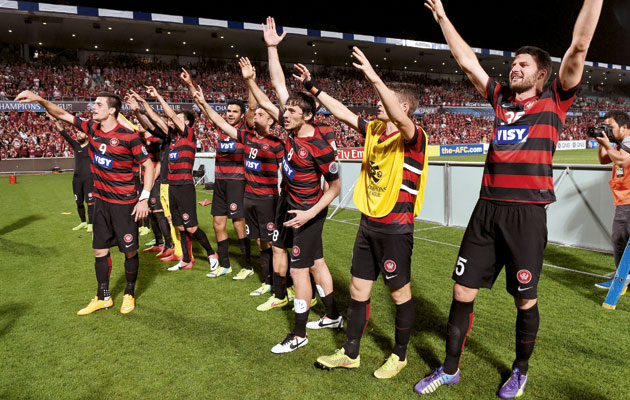 The term fairy tale may be over used in football, but in the case of Western Sydney Wanderers it’s a fitting description. A club that didn’t even exist two-and-a-half years ago, they now find themselves heading to Morocco for the Club World Cup after beating Al Hilal of Saudi Arabia in the AFC Champions League Final.

The first Australian side to lift the continental trophy, this was no lucky run either, as they had to overcome the J.League champions (Sanfrecce Hiroshima), the defending Asian champions (Guangzhou Evergrande) and last season’s Champions League runners-up (Seoul) on their way to the Final. The two-legged quarter-final victory over China’s Guangzhou Evergrande was probably the highlight, winning on away goals against a side led by Italy’s 2006 World Cup-winning coach Marcello Lippi and one that cost twice as much as the entire A-League salary cap.

“The greatest triumph of an Australian club in a sporting competition”

Although the western Sydney region has long been a hotbed of football in Australia, producing many international players, it had no representation in the A-League until 2012.

In the days of the National Soccer League, the area had many teams in the old semi-pro competition, and most with ethnic heritage – such as Marconi Stallions (Italian), Sydney United (Croatian), Sydney Olympic (Greek), and, going even further back, Parramatta Eagles (Maltese). But when the fully professional A-League began in 2005, Australia’s largest city was represented only by Sydney FC. And although the club claimed to be a team for the whole of the Greater Sydney area, most in the west saw little appeal in a club based in the inner city.

With Football Federation Australia (FFA) belatedly recognising the need for the west to have its own club, attempts were made to find financial backing for a new outfit, called Sydney Rovers, in time for the 2011-12 season. A consortium, led by businessman Ian Rowden, was awarded the licence in 2009 but failed to find the necessary funding, and the fledgling franchise fell over a year later, without a ball even being kicked.

The western Sydney idea then went into cold storage for two years, until the demise of Gold Coast United – an expansion club itself, owned by the eccentric billionaire Clive Palmer, who failed to entice more than a few thousand diehards to support the team. Although the FFA was determined that western Sydney should fill the void, no financial backing was forthcoming, so FFA chairman Frank

Lowy announced that the governing body would fund the project, with the government chipping in A$4million in grant money for an area seen as crucial for federal politics.

There were, however, many who doubted a professional club could survive in the west, let alone thrive.
Western Sydney is a sprawling region, far from the picture-postcard images of the Harbour Bridge and Opera House which make the city famous. It’s an area diverse in population, rather spread out, and, as such, has little overall identity. But the FFA, stung by failure in their earlier expansion attempts on the Gold Coast and in North Queensland, hit upon the right formula from day one.

The club conducted community forums across the region, inviting fans to have their say on the name, colours, stadium location and even playing style. This gave supporters, who had become jaded after the demise of their favourite NSL side, immediate buy-in and the touchpaper was lit.

In October 2012 the newly named Western Sydney Wanderers made their debut in the A-League under the leadership of Tony Popovic, a “westie” who had been lured back home from his job as assistant manager to Dougie Freedman at Crystal Palace in England. Despite having just six months to put together an entire playing squad and make it competitive, Popovic won the Premiership at the first attempt.

Popovic’s masterstroke was to bring in Japan international Shinji Ono in preference to German superstar Michael Ballack. Ono fitted into the coach’s system like a glove and earned the undying love of the Wanderers ever-growing fan base, which began that inaugural season with a modest home crowd of 10,458 and ended it with around 30,000 cheering them on in the Grand Final, where they lost 2-0 to Central Coast Mariners.

As demand grew to watch games at their home ground in Parramatta, Wanderers had to put a limit on season-tickets sales, and last term an estimated 10,000 fans made the interstate trip for another Grand Final, which they lost 2-1 in extra-time to Brisbane Roar. The derby with Sydney FC is now arguably the biggest local rivalry in any Australian football code, with sell-out crowds for every clash.
Before the start of the campaign, the club that no one wanted to invest in two years ago was sold to a consortium led by Paul Lederer, for around A$11m, making a tidy profit for the FFA, whose gamble had certainly paid off. 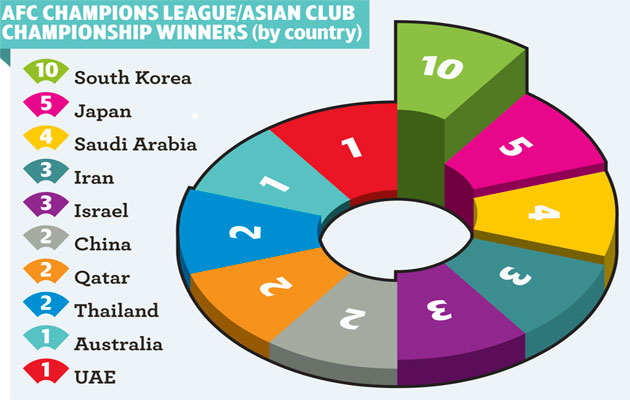 But if domestic success was one thing, being competitive on the Asian stage was quite another.
Australian clubs have historically found the going tough in the Asian Champions League – and with good reason. The A-League season isn’t in sync with the Asian calendar, so qualifiers for the competition have to wait nearly a full 12 months before playing in the tournament, during which time squads can change drastically.

That, in turn, is related to the draconian salary cap that all A-League clubs must operate under. Outside of marquee players, who are exempt, the clubs’ 23-man squads are put together for a fraction over A$2.5m. Talented players are therefore easily lured elsewhere, particularly overseas,
by the promise of bigger wages.

Prior to this season’s competition, Adelaide United were the only Australian side to have reached the Final of the AFC Champions League, losing 5-0 on aggregate to Gamba Osaka in 2008. So when Wanderers let slip a first-minute lead to lose 3-1 at home to Ulsan Hyundai of South Korea in their opening group game, expectations weren’t exactly sky high.

But under the astute leadership of Popovic, Wanderers learned quickly and they adapted their style of play to absorb pressure. In all, they kept 10 clean sheets in 14 Champions League games, thanks to some fine goalkeeping from the 39-year-old Ante Covic. The team also developed a remarkable habit of scoring first – and scoring early – in the group stage, which gave their doughty defence something to protect.

With a goal from Tomi Juric in the home leg of the Final giving his side something to defend in the return, Popovic’s men held firm in Riyadh to win 1-0 on aggregate – although the hosts did have at least three decent penalty appeals turned down.

Thousands of people turned up at Sydney Airport to greet the team on their return home. With an ever-growing band of supporters – led by the Red & Black Bloc, whose fanaticism has taken fandom in Australia onto a new level – there’s now talk of stadium expansion or even reconstruction.
Before that, however, there’s the Club World Cup, where Wanderers will face Cruz Azul of Mexico. Another win and they will go head to head with the might of Real Madrid. Not bad for a
club that was still just a concept when Cristiano Ronaldo was putting pen to paper for the European champions.