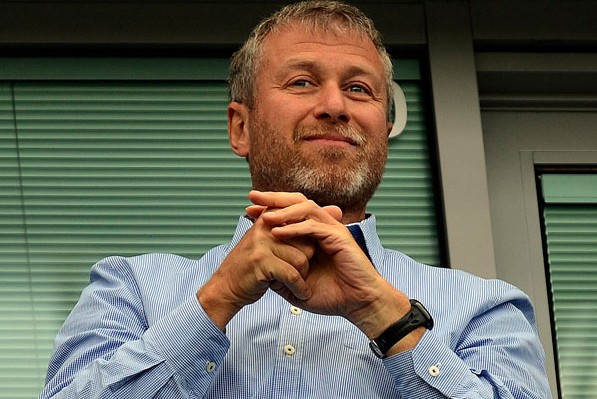 There have been calls for the UK and US governments to take financial action against Roman Abramovich, the Chelsea owner, over Russia’s annexation of Crimea.

Although Abramovich was not involved in the takeover of Crimea, not did he authorise it, and nor was he, as far as we are aware, even in favour of it, he is, nevertheless, one of the most high profile Russians on the planet and more importantly, he is absolutely loaded. Or at least, that appears to be the rationale which underpins the calls for him to be punished for the actions of Vladimir Putin.

So far, Western sanctions imposed in protest at Russian aggression in Ukraine have fallen on Russian politicians and officials. The restrictions are symbolic but they do serve one hugely important function. Namely, that they appear to demonstrate conviction on the part of the west, whilst not inconveniencing any of the key players in the crisis. Importantly, they make no attempt whatsoever to stop the free flow of Russian roubles that have oiled the wheels of the London Stock and property markets in recent years.

But if Alexei Navalny has his way, and much to the horror of the capital city’s estate agents, all that could change.

Navalny, a leading critic of Vladimir Putin, said the West should take action including “freezing the oligarchs’ financial assets and seizing their property”.

In an article in the New York Times, he called for action against a list of businessmen including Mr Abramovich and Mr Usmanov.

Neither man has any public connection to Mr Putin or the Russian government and neither has uttered a word about the fate of Crimea. Given his chosen targets, and mindful of the race for the Premier League title, one can’t help but wonder if Navalny is a secret Liverpool or Manchester City fan.

Mr Abramovich declined to comment. He rarely does, at least not in public. And whatever we might think of him or how he came by his wealth, or indeed how he chooses to spend these dubiously-acquired riches, it seems reasonable that he should not be held responsible for the foreign policy of his government. Certainly no more than Bill Gates should have been punished for United States actions, when George Bush woke up one morning and thought it would be a neat idea to invade Iraq.

The White House has imposed sanctions on at least half the names on Mr Navalny’s list – including Mr Putin’s right-hand man, Sergei Ivanov. However, neither Mr Abramovich nor Mr Usmanov faces any action from US authorities. Nor has Britain taken any action against them so far. Nor, are they likely to.

Brooks Newmark, a  UK Conservative MP, had clearly not received the latest memo circulated by his leader, David Cameron, when he too called for Russian oligarchs to be included in any sanctions.

“It is better to focus on the money men around Putin,” he said. “That would hurt Putin far more than attacking a bunch of politicians. The oligarchs are where the real power lies.

“There is a general feeling that we should be tightening the noose around those closest to Putin.”

Ah, those ‘general feelings’. That’s one way of conducting your country’s foreign policy, I suppose.

Dr Andrew Foxall, director of the neo-con Russian Studies Centre at the Henry Jackson Society told the Telegraph that there was a “legitimate case” for sanctions against Mr Abramovich.

“London is where they have their property, where their assets are, where their wives shop and their children go to school. Without the support the oligarchs give to Putin he would not be in power.”

And without the support of the Russian oligarchs, London’s economy will collapse. That is why it is not going to happen.