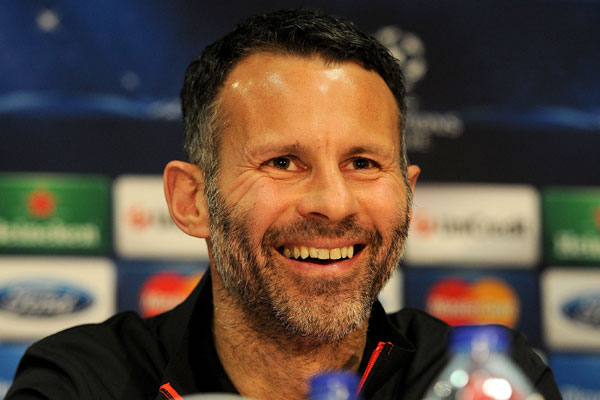 Although he’s only going to be in charge for four games, Manchester United’s interim manager Ryan Giggs has vowed to introduce his “philosophy” to the club.

The 40-year-old has vowed to tear the soporific crowd away from their prawn sandwiches by introducing some entertaining football.

Apparently, the problem with David Moyes was that he was out of his depth, but he didn’t have a philosophy.

Moyes was sacked on Tuesday after 34 league games in charge where United only scored 56 league goals, 40 fewer than leaders Liverpool.

This is what happens when you don’t have a philosophy. Just ask Liverpool boss Brendan Rodgers, the man credited with introducing philosophy to football culture. Until he came along, managers were floundering in the dark, trying to eke out results based on obsolescent notions like signing the best players, scoring goals, not conceding goals. In the age of the philosopher, how quaint that now seems.

Giggs, who appears to have quickly forgotten that he spent the last ten months working as a coach under Moyes, is a quick learner. He immediately deduced that half the art of management in the modern age is the ability to talk a good game and to convince your audience that you have loftier ideals than merely winning football matches. In short, he has a philosophy.

“It is going to be my philosophy,” he told his first news conference in charge. “It’s going to be Manchester United’s philosophy because I have been here all my career.

“I want the players to play with passion, tempo, be brave, imagination, all the things I expect of a Manchester United player. Work hard, but most of all enjoy it. As a player I know if I am enjoying the game, I can express myself more.”

Giggs is determined to give their supporters something to enjoy in their four remaining matches, three of which are at home.

“We have three remaining games at Old Trafford, where our form hasn’t been great,” he added. “I want to see goals, I want to see tackles, I want to see players taking players on and I want to get the crowd up, to see the passion that should come with being a Manchester United player.”

Goals, tackles, passion… As philosophies go, the bar has been set fairly low.