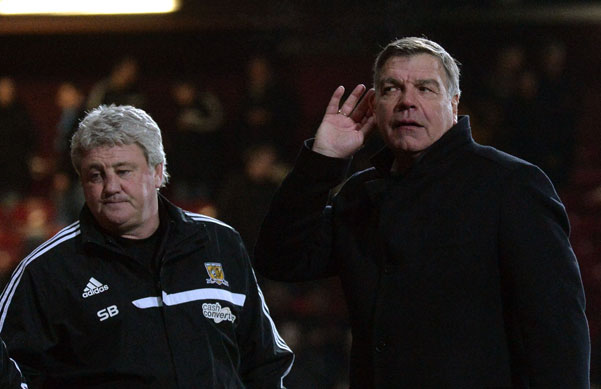 “I was hearing booing, I couldn’t quite believe it. I’d seen something I’ve never seen before. Nothing surprises me, I suppose.”

Allardyce is bemused to hear fans booing his side after they defeated Hull City 2-1 on Wednesday night.

I’m not suited to Bolton or Blackburn, I would be more suited to Inter or Real Madrid. It wouldn’t be a problem to me to go and manage those clubs because I would win the double or the league every time. Give me Manchester United or Chelsea and I would do the same, it wouldn’t be a problem. It’s not where I’m suited to, it’s just where I’ve been for most of the time.

Allardyce in September 2010 after complaining that he had not been given enough time to manage at bigger clubs. Big Sam is still awaiting that elusive call from one of the continental giants.

I won’t ever be going to a top-four club because I’m not called Allardici, just Allardyce.

“I hate perception. There’s far too much of it in the game.”

Back in 2012, the famously open-minded Allardyce took a dim view on perception.

“Today was about our lack of ability to not produce the ability we’ve got.”

He will be looking to clinch that position, but who knows? I haven’t given up hope that it is going to me. It just does not look as though I am the favorite at the moment. I am still keeping my fingers crossed. I have not heard anything officially but we should know by the end of the week.

It’s hard to believe now, but there was a time, back in 2006, when Allardyce was a leading candidate to become the next England manager.