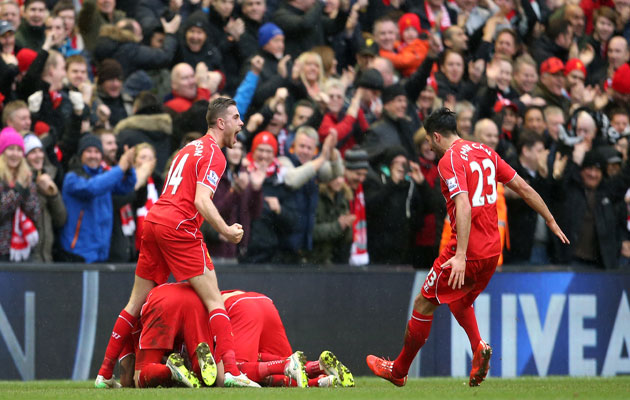 Will Thursday night football have an impact on the weekend?

Liverpool showed no ill effect from Thursday’s return trip to Istanbul. Bendan Rodgers; side defeated last season’s champions Manchester City at Anfield to cement their place in the battle for one of the four Champions League places. Philippe Coutinho, who was rested for the defeat to Besiktas, was the architect of Sunday’s 2-1 win – creating one goal and scoring the winner.

For Tottenham, it was a different story, with Mauricio Pochettino’s side completing a miserable week. Elimination from the Europa League was followed by a 2-0 defeat to Chelsea in the Capital One Cup final.

Can Monaco maintain their good form?

Monaco have been the form team in France in recent weeks and after their impressive 3-1 victory over Arsenal inthe Champions League in midweek, they faced a tough league encounter against champions Paris Saint-Germain.

In the event, Leonardo Jardim’s men secured a creditable 0-0 draw against the free-spending capital club. On a week when PSG’s title rivals Lyon and Marseille suffered surprise defeats this was definitely a point gained for both teams.

Will La Plata derby go by the form book?

Gimnasia’s poor start to the season continued as they slumped to a 3-1 home defeat to La Plata rivals Estudiantes. For the visitors this was a third successive win. It maintained their 100 per cent start to the campaign and left them joint top of the stanings alongside Boca Juniors and Rosairo Central.

Can anyone stop Benfica?

Porto and Sporting, second and third respectively in the Portuguese league, met on Sunday with both teams knowing that a defeat would almost certainly end their title aspirations. Porto strolled to a comfortable 3-0 win to remain four points behind leaders Benfica, who enjoyed a 6-0 home win over Estoril.

Ajax breathed some life into the Dutch title race, courtesy of their 3-1 away win at runaway leaders PSV. That result cut PSV’s lead at the top of the table to a still daunting 11 points, but perhaps more significantly, ensured that Ajax maintained a six point lead over third place AZ in the race for the second Champions League spot.

Can Dortmund maintain their revival in the Ruhr derby? 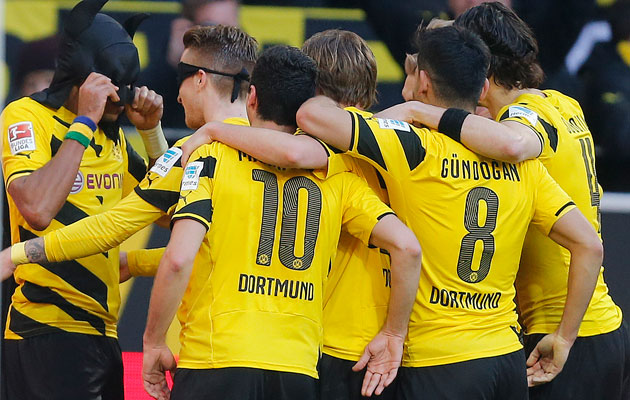 Was it only a month ago that Borussia Dortmund found themselves at the bottom of the Bundesliga table? Saturday’s 3-0 win over Schalke in the Ruhr derby made it four wins out of four for Jurgen Klopp’s reinvigorated side.

Remarkably, given that they have spent almost the entire season in the relegation zone, Dortmund are now up to tenth and eyeing an unlikely Champions League spot.

The players celebrated their return to form by donning batman masks.