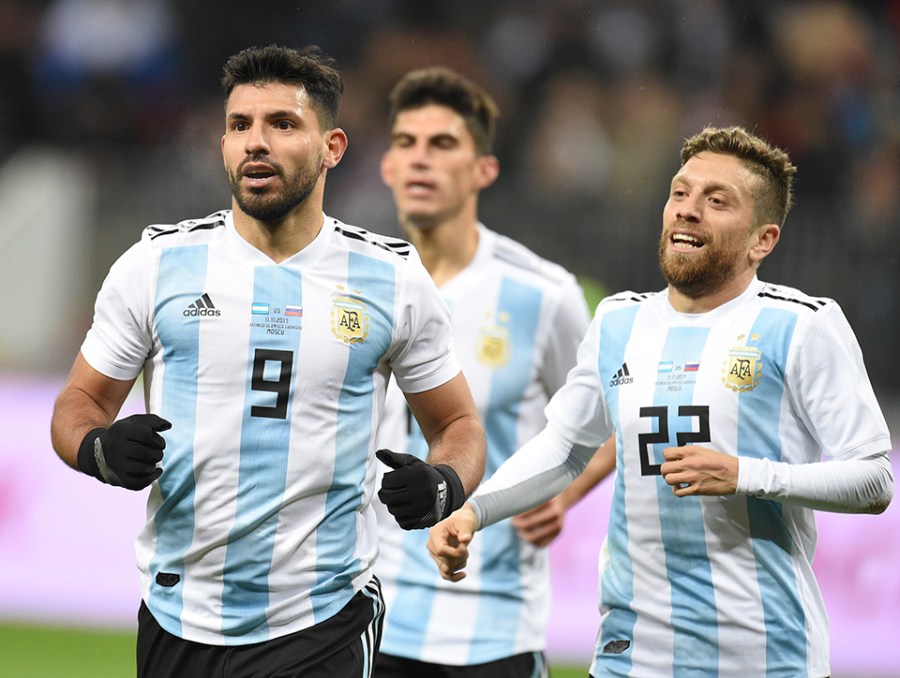 Argentina’s World Cup campaign – their last with Lionel Messi and his supporting cast anywhere near their peak – is promising to be one of the highlights of Russia 2018, with plenty to hold the attention in both penalty areas.

That was the clear conclusion of the team’s recent reconnaissance mission, where coach Jorge Sampaoli’s side played two matches in the country that will host next year’s tournament.

After a turbulent, traumatic ride on the road to Russia, where their place was in doubt inside the final qualifying game, Sampaoli now has time and tranquillity to prepare a side for the World Cup. And the benefits of both were clearly on show in the recent friendlies.  There was far more of a collective feel about Argentina in possession, with the ball moving fluidly between the lines, and little on field partnerships starting to appear. The recall of Sergio Aguero at centre forward was also a success, and would seem to have ended the debate that position, with Gonzalo Higuain, Mauro Icardi and Dario Benedetto getting the nod in previous games, and honest triers such as Lucas Pratto also having been in recent consideration.

Aguero’s late goal gave Argentina a well deserved 1-0 win against Russia, and he also put the team two goals ahead against Nigeria before going off at half time. In a game which Messi missed, Argentina could easily have been four goals up – a welcome sign that when the collective side of the team starts to take shape, the total dependence on flashes of individual brilliance is reduced.

But, from being two ahead, Argentina ended up losing 4-2 to Nigeria. And the defensive problems exposed by the Africans were also apparent in the victory over Russia. They point to a question of huge significance to Argentina’s World Cup hopes; does the coach have the type of players he needs to play the way that he wants?

A self-proclaimed disciple of Marcelo Bielsa, Sampaoli wants to press relentlessly in the opponent’s half of the field, continually creating two against one situations down the flanks. He is faced with three problems.

First, his midfield seems ill equipped to press. This has a direct impact on his second problem – a lack of defensive pace. If the midfield do not press effectively, then the defensive line, fearing that its lack of speed will be exposed, drops ever deeper. And this has a direct impact on problem number three; in the absence of quality attacking full backs, Sampaoli is using wingers in the wing back positions. But as the line drops so deep, they are continually being forced to cover 80 metres, and defend effectively at the end of it. The 1978 World Cup-winning coach Cesar Luis Menotti commented after the Nigeria game that “it is much easier to find a full back who can push forward than a striker who can drop back and operate well defensively.” But options in the full back positions are thin on the ground.

What, then, is Sampaoli to do?  Does he come to the conclusion that his idea is not viable, start from scratch and try to build something more conservative? With only two friendlies before the squad is named, there is little time left for experiments. Or does he plough ahead on the current course? The weakness of his side is apparent, but with Messi housed in an improved collective context, opponents might be too cowed to take advantage – as long, of course, as Argentina’s attacking stars have enough gas in the tank at the end of the club season to do themselves justice. And that might turn out to be the most important doubt of them all.