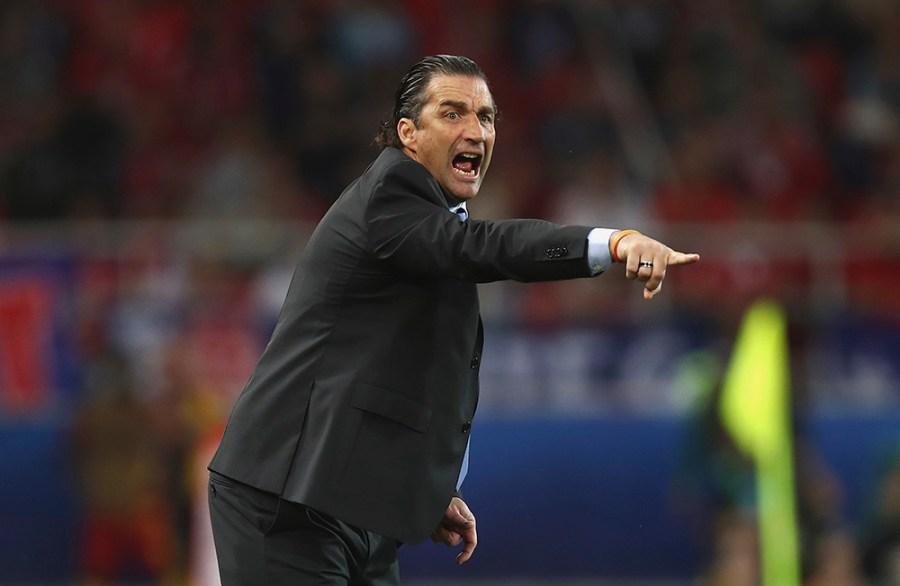 The current Chile side is the house that Marcelo Bielsa built – or at least laid the foundations.

The Argentinian coach took charge just after Chile had reached the semi-finals of the 2007 Under-20 World Cup. He inherited a generation of players – Alexis Sanchez, Arturo Vidal, Gary Medel, Mauricio Isla among them – who remain key figures in the national team.  Bielsa had them when they were young, ambitious and anxious to learn, and he gave them something that Chilean football had historically lacked – an identity of play.  Bielsa imposed his own bold style – high intensity, high pressing in the opposition’s half of the field. It proved an excellent match with the type of player that Chile produces, and they briefly lit up the 2010 World Cup – with the exception of 1962, which they hosted, the best in the country’s history.

Jorge Sampaoli, a self-confessed Bielsa disciple, took on the challenge. He added a little more defensive pragmatism, and Chile were even more impressive in reaching the second round of the 2014 World Cup.  The following year they at last go their hands on some serious silverware, winning the Copa America on home soil. Early last year he controversially resigned – after a season with Sevilla he now, of course, is coaching his native Argentina. Where would this leave Chile? Sampaoli would clearly be a hard act to follow.

Predictions of doom have come badly unstuck. Things have got even better. Last year they won the Copa Centenario in the USA – without home advantage this probably stands as the greatest achievement in the national team’s history. And their astonishing 7-0 demolition of Mexico in the semi-final may well be the finest game they have ever played. And here they are in the semi-finals of the Confederations Cup.

The man behind this comes across as low profile. This is something of a paradox. Unlike Bielsa and Sampaoli, Juan Antonio Pizzi had a distinguished playing career. Another Argentine, he ended up playing centre forward for Barcelona and making World Cup appearances for Spain. But despite a coaching career that has taken in clubs in Argentina, Chile, Peru, Spain and Mexico, Pizzi appears to flying under the radar screen – which seems to suit him just fine.

There was a brief interlude between Bielsa and Sampaoli, when yet another Argentinian, Claudio Borghi, took charge of Chile. Borghi had a fine track record in domestic Chilean football, but his non-relationship with Bielsa soon proved a problem. Borghi appeared upset by all the praise that had been thrown at his predecessor. It sometimes seemed as if he was trying to compete with Bielsa. His ludicrously attacking line up for a trip to Argentina in a World Cup qualifier was footballing suicide. And as results suffered, disciplinary issues came to the surface, and the red cards started to add up. Chile’s leading players confess that they form a dressing room which is not easy to handle.

Pizzi, though, seems to have experienced few problems, and part of this can surely be put down to a lack of ego. He is not trying to compete with or imitate the Bielsa-Sampaoli legacy.  Instead, he is working within a successful model of play. There are no pyrotechnics from him. Bielsa preferred a back three. Sampaoli switched – sometimes in the same game – between a back three and a line of four. Pizzi does not stray from what he knows. He plays a back four – though in what has become traditional Chile style, whenever possible both full backs push forward at the same time – and tweaks around a basic pattern of 4-3-3.

A change, though, will have to come. Chile have a short term problem – building up to Wednesday’s semi-final against Portugal. And they have a longer term headache – which will certainly appear after the next World Cup and which may rear its head before. And both are essentially the same – how long can the current generation keep going?

Chile’s style of play is draining. Constant movement is required, both to give the man on the ball options for a quick pass, and to close the opposition down as soon as the move breaks down. And Chile are an ageing side playing their fourth consecutive end of season tournament. Including warm-up friendlies they have only one victory from five games on their current European trip, and have found it hard to keep going for the full 90 minutes.  With a day’s rest less than Wednesday’s opponents, do they have enough gas in the tank to be able to contain Cristiano Ronaldo and company?

And, assuming they qualify, will the current side still be able to do itself justice in Russia 2018 – a fifth consecutive end of season tournament? Pizzi has so far made only tentative attempts at renewal, and, unlike the Germans, decided not use the current tournament to rest the first team and give experience to a new generation.

This, then, is the real importance of Wednesday’s game. A bad performance in Kazan against the European champions would be more than just a blow to morale. It would raise serious questions about the future of the side. Juan Antonio Pizzi has dealt impressively with the challenges of his job so far, but the stakes are about to rise.