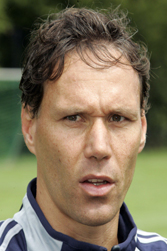 http://www.easyodds.com/compareodds/football/m/55595-69-5.html”_blank”>Arsenal are scoring goals for fun at present so a trip up north to play Middlesbrough won’t scare them. Click here for Middlesbrough v Arsenal.

Dutch coach Marco van Basten has said will no longer pick Ruud van Nistelrooy after the Real Madrid striker had “resigned” from the national squad.

Van Basten, speaking after naming his squad for next week’s friendly against Russia in Amsterdam, said he had no intention of picking the player again.

“Ruud more or less resigned from the job and that closes the case for me,” Van Basten told reporters.

“We believe it is a shame after we had an open and honest conversation but we will not take any further initiatives.”

Last week van Nistelrooy said he no longer wished to be considered for the national team while van Basten was in charge. He has played 54 times for the Netherlands, scoring 28 goals.

His absence, combined with the absence of the injured Robin van Persie and Arjen Robben has led to Van Basten keeping Klaas Jan Huntelaar in his squad despite his poor recent form.

“But it is a logical development in his career, after he had a great period after his transfer to Ajax. Now he has to get used to the fact he gets more attention from defenders.”

http://www.easyodds.com/compareodds/football/m/55595-69-5.html”_blank”>Arsenal are scoring goals for fun at present so a trip up north to play Middlesbrough won’t scare them. Click here for Middlesbrough v Arsenal.