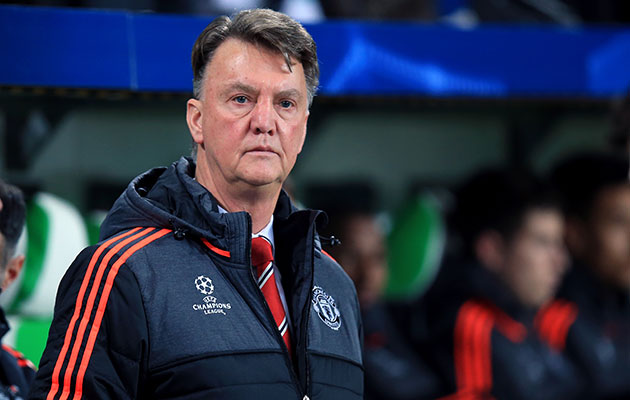 Louis van Gaal says Manchester United do not have to publicly back him, despite his position as manager being subjected to persistent scrutiny.

Van Gaal’s job has been under threat since a dramatic loss of form in December which resulted in four successive defeats and saw the club drop out of the automatic Champions League places.

Results and performances have improved in the new year, but with José Mourinho now available and reportedly keen on the United job, the pressure upon the Dutchman remains intense.

With no sign of public support from the club’s hierarchy, Van Gaal was asked if United should issue a statement backing him.

“I am not agreeing because I have said many, many times: not all the media but a lot of media is inventing stories and you don’t have to answer on invented stories,” he said. “I agree with this policy of the club.”

Michael Carrick’s contract at United finishes in the close season but Van Gaal refused to say whether the 34-year-old midfielder would be given fresh terms.

“I am always involved [in these discussions] because I am the manager. I don’t discuss this with you,” he said.

This weekend league leaders Leicester City are at third placed Arsenal while second-placed Tottenham Hotspur travel to fourth-placed Manchester City. With the top four in action against each other United could make up ground if they can defeat Sunderland in Saturday’s early fixture.

“We don’t have to look to our competitors, you have to win your own matches first,” said Van Gaal. “That’s also why we were so frustrated that we lost two points against Chelsea [in last Sunday’s 1-1 draw].

“First you have to win by yourself and then you look at your competitors. We know that they play against each other so it’s sure that some competitors will lose points. But we have to win our points.”

With 13 games left Van Gaal is unsure how many points will be needed to secure a top four spot.

“It’s also dependable on competitors because by the end of the competition then you have to cope with that pressure,” he said.

“Manchester United is almost used to that pressure. I have to say that we are doing great in that perspective. We have lost in December four matches in a row and when you see us playing now you can only say that we are mentally very strong and we can cope with the pressure.

“But that is not enough, we have to improve our results in consistency and win a lot of matches in a row now. We have to reduce the gap with our competitors.”