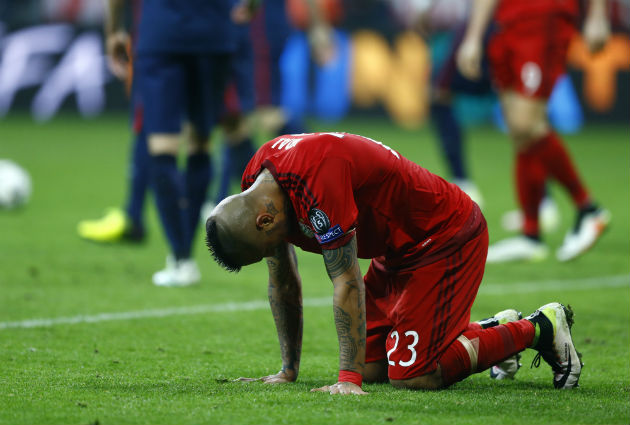 Atletico progressed to their second Champions League final after a spirited defensive display after Antoine Griezmann had given them a priceless away goal.

Bayern pressed for two goals, and although they scored one, this was not enough to break down Atletico’s trademark defensive wall.

Bayern dominated possession again, but as Vidal pointed out, they could not finish off their chances.

“We were superior,” the Chile international said.

“We controlled the game, but we did not finish off the chances we had.

“Atletico did exactly what they have been doing all year in their league and took advantage of their chances.”

Vidal was incensed by Atletico’s style and said that they did not deserve to go through to the final.

“Today ugly football – Atletico – played against the best football in the world,” he added.

“The only time they saw the ball was for the goal.

“They are going to be dreaming about us right up to the final. They did not have the ball, they took on the best team in the world, they took their chances and got to the final.

“The best does not always win in football, like today. They are not deserved finalists.”