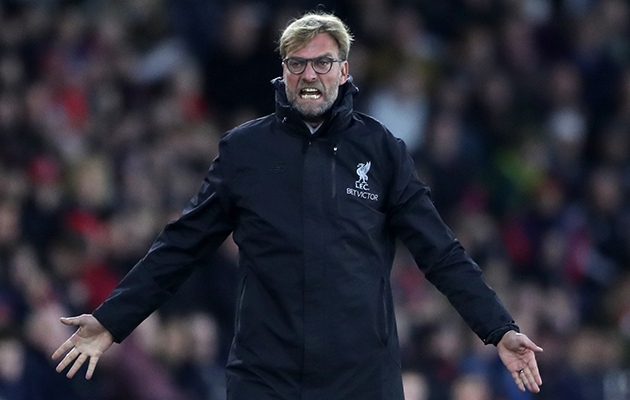 Last week, we found two more winners with Tottenham beating Man Utd and Bayern beating their closest Bundesliga rivals Red Bull Leipzig 5-4 in a thriller at even money. Let’s see if we can do some more damage to the bookies this weekend for readers of World Soccer! This weekend, the Premier League has the fight for fourth place, whilst Juventus-Crotone headlines the fixtures in Italy, where a win will guarantee Juve their sixth successive Serie A title. For the latest best prices for outrights, match betting and accumulators, head to Easyodds.com to get the best possible value from your chosen wager.

Liverpool will guarantee a Champions League spot with a win at home against the already relegated Middlesbrough. Despite the dry and slow pitch at Anfield, I expect a strong start from Jurgen Klopp’s side to settle any nerves and if they score early they will win at a canter. Back the home side to win both halves at evens. Middlesbrough have only scored 10 away goals in 18 matches so far this season, so you can’t see them getting too many chances.

The interesting La Liga betting fixtures revolve around the three teams vying for Europa League football next season. Villarreal, Bilbao and Sociedad are the three sides concerned and the latter need to win to have any chance of getting into Europe. Considering they have the easiest game of the three – an away game at Celta Vigo (who are winless in nine, losing seven of those matches) you have to fancy a Sociedad win. They know it is likely only three points will do and they are facing an out of sorts Celta Vigo. Back Real Sociedad with a best price of 5/6 using our odds comparison service.

With just two games left in Serie A, if Juventus win at home against Crotone, they will guarantee another Serie A title with one fixture to spare. It sounds like a stroll in the park, right? Wrong. Crotone have spent the entire season in the relegation zone, but Davide Nicola, their spirited manager has guided on a recent run of seven games unbeaten! They have beaten Inter and drew with Milan in that time and will make it tough for the Old Lady. In their last nine away matches, they have only conceded more than one goal twice. For this match, I recommend backing under 2.5 goals with a best price of 6/4.

Our fourth and final best bet of the weekend comes in the Bundesliga, where the final day fixtures are being held on Saturday. Cologne know that a win may well be enough to make the Europa League qualification spots, so I am backing Anthony Modeste to score at even money. The French striker has netted 27 goals in 36 appearances this season and against a Mainz side that have conceded 27 goals in 16 away games this season, I think he can power his way to goal in hope of pushing his side towards Europa League qualification.