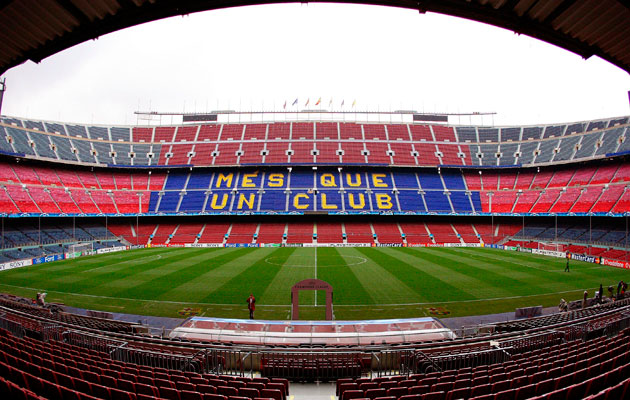 First we had Real Madrid’s Abu Dhabi Bernabeu and now we may have to get used to Barcelona playing at the Qatar Airways Camp Nou, after the airline’s CEO confirmed the possibility of sponsoring the stadium.

Barcelona’s Camp Nou stadium may incorporate Qatar Airways into its name as part of a future sponsorship deal.

The airline’s chief executive officer, Akbar al-Baker, said: “Everything is a possibility for our company, we’re open to surprises and one of these could be connected to the name of Camp Nou.

“Qatar Airways and Barcelona have the same values. It is possible that our name is added to Camp Nou.”

Last month the Barcelona president, Josep Maria Bartomeu, suggested that the current deal with Qatar Sports Investments was in doubt, by saying that the social and political issues in Qatar may be incompatible with the values of the Catalan club.

“We will look at other options – we are obliged to do that,” he said. “It ends in 2016. We are sensitive to the current situation in Qatar, which has changed since four years ago. Now there are social and political aspects which were not there when we signed.”

Bartomeu, though, it should be noted, is standing for re-election this year and therefore keen to appease the sizeable idealist faction among the club’s membership.

As if to prove this point, also speaking at the Qatar Airway event on Thursday, was Javier Faus, Barcelona’s vice president. He said he expected the partnership to continue.

“We need a new sponsor, we have zero problems with Qatar, so it will be a quick decision,” he said.