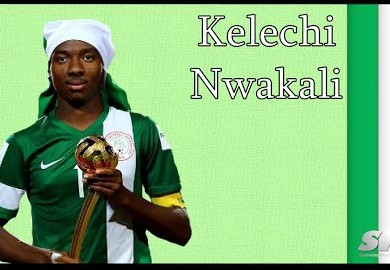 Arsenal manager Arsene Wenger believes that Arsenal are on the verge of signing talented Nigerian starlets, Kelechi Nwakali and Samuel Chukwueze, according to The Mirror.

Last month, there were reports that Arsenal were leading the race to buy the talented starlets who shone for their country at the FIFA Under-17 World Cup last summer.

Speaking at his press conference Wenger was confident of completing a deal before the transfer deadline.

He said: “Yes. The (talks) are progressing well.

“Yes of course there are work permit issues. There are medical issues, because they have to make medicals. It’s progressing well.

“We identified Nwakali as the player of the tournament, basically, and as a top player. We will see if we can manage to get it over the line during this transfer period. [If we can], we will do it. He (Chukwueze) is signing as well.”

Wenger has an ability to bread youngsters and give them their break in the first team. The Nigerian starlets will join a conveyor belt of talented youngsters at the club including Gedion Zelalem, Dan Crowley, Alex Iwobi and Jeff Reine-Adelaide.