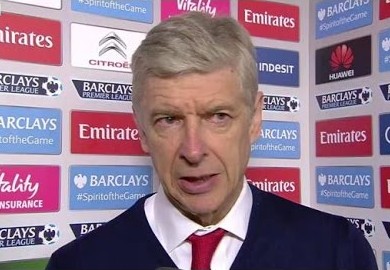 Arsene Wenger was left to think “What if?” after his side’s comfortable win against West Brom last night.

Two goals from Alexis Sanchez helped ease Arsenal to victory that will help cement their place in next season’s Champions League.

Many critics say that this season was Arsenal’s best season to win the Premier League for the first time since 2004, and Wenger was left to rue the missed opportunities at keeping up with leaders Leicester City.

Wenger said to Sky Sports: “We have regrets. In recent games, we had two draws when we should have won the games several times, you pay for dropped points like that.

Wenger was happy with the performance, with the only regret that his side failed to convert the numerous chances that they had created.

“You want your team to take every chance, but unfortunately it doesn’t work always like that. You have to make the right decisions, sometimes you want to combine, sometimes you should shoot, it’s down to the players and that’s down to fractions of seconds.

“The early goal helped to focus on the way we played, rather than being anxious about the result, it was important and helped the team.”