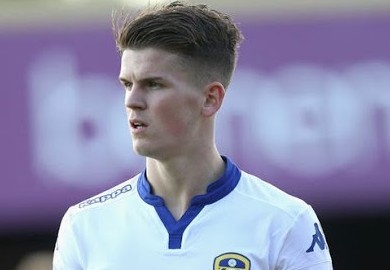 West Ham have completed the signing of Leeds full-back Sam Byram on a four and a half year deal for an undisclosed fee which is reported to be in the region of £3.7m

After several days of negotiations a deal was finally struck between all the parties concerned and Byram will sport the number 22 shirt for the Hammers.

Byram is a tremendous talent who can operate comfortably down the right hand side of the pitch and has an eye for goal too.

Byram was intially in contract talks with Everton but has instead signed a four-and-a-half-year deal with the Hammers.

“I’m unbelievably proud and happy to join a club as big as this,” said Essex-born Byram, who turned also down a new contract with Leeds.

“I’m just looking forward to what the future holds and hopefully I can achieve things with the team.”

Byram also has family ties with West ham and he was delighted to be signing for the Hammers.

He said: “My uncle and my cousin are big West Ham fans and have bought their tickets for the new stadium. My uncle was down here yesterday getting a shirt with my name on the back. It’s nice to have them down here and they’ll help me settle so I’m looking forward to seeing them.

“I’m also really looking forward to seeing the new stadium in person. That was another big part in me wanting to come here. It’s a massive part of the future of the club and I can’t wait to see and hopefully play in it.”