Roberto Mancini will escape a UEFA charge after he stormed on to the pitch to remonstrate with referee Peter Rasmussen following Manchester City’s 2-2 draw with Ajax.

Mancini was unhappy with the decision to disallow a late goal by Sergio Aguero and also the failure to spot a blatant tug on the shirt of Mario Balotelli in the penalty area, moments before the final whistle sounded.

To be fair to the match referee, it was not he but his linesman who raised the flag for the offside decision, and with regard to Balotelli’s penalty claim there were a number of players crammed into the box and Rasmussen may simply have been unsighted. However, there was someone present who was perfectly positioned to spot the foul and the authority to notify the referee. That person was the additional referee’s assistant stood just a few feet away from the incident.

Incidents such as these do make one wonder about the purpose of the assistant. A quick check of UEFA’s rules and regulations confirms that the officials are positioned alongside each goal line, with the particular brief of watching incidents inside the penalty area. Yet, on Tuesday, when called upon, the assistant was again found wanting. If anyone can enlighten us on the role or even the point of these officials, answers on a postcard please.

UEFA’s chief refereeing officer Pierluigi Collina spoke about the role of the assistants at the beginning of the season. He is convinced that their presence is stopping a lot of fouls being committed.

“Because of their presence, the number of these kind of incidents has diminished,” Collina said. “If you consider that during a match we have an average of ten corners and eight free-kicks taken around the penalty area, you can instantly understand and recognise how important this presence is as a deterrent.

“We noticed that during EURO 2012, there was an increased number of goals scored from headers. This is a consequence of the diminishing of pulling and pushing which makes it is easier for an attacker to score a headed goal.”

When Mancini is examining his job prospects after yet another dismal European campaign, he may ponder the irony of the words of his fellow countryman.

Race awareness week at Stamford Bridge moves into overdrive with the news that Chelsea have banned a fan arrested over an alleged racist gesture during the Blues’ 5-4 Capital One Cup win over Manchester United.

Gavin Kirkham was arrested on Monday after being identified following the game last Wednesday, and he was held on suspicion of a racially aggravated Section 4a Public Order Act offence before being bailed until November 29.

Chelsea stressed that the 28-year-old Kirkham holds no membership with the club, although given his behaviour at last week’s game he does appear to be a perfect fit for a club that employs as its captain someone convicted of racially abusing an opponent.

“Chelsea Football Club has banned a 28-year-old man from Stamford Bridge pending the conclusion of a police investigation into a possible racially aggravated public order offense,” a Chelsea spokesman said.

“The man is not a current Chelsea FC season ticket-holder or member. Chelsea is co-operating fully with the police as they carry out their investigation.”

News of the ban is timely, coming as it does on the same day that the Society of Black Lawyers launched a campaign to combat racism within English football.

It was the FA’s recent punishments for racist abuse given to Chelsea captain John Terry and Liverpool striker Luis Suarez that prompted talk of a breakaway union for black players.

The society described those sanctions as “a slap on the wrist”, adding: “The FA itself must set a clear set of sanctions against racist abuse on the field that reflects the seriousness of the offence.”

The organisation said footballers guilty of racist abuse should be sacked by their clubs and banned for up to nine months.

Issuing a ten-point plan to tackle racism, the group calls for:

The Society of Black Lawyers also said in its statement that it will report any anti-Semitic chants at Tottenham games to the Metropolitan Police unless the club and FA show they are acting.

Peter Herbert, who chairs the group, said: “In discussions with members of the Jewish community, we were made aware that this practice is still continuing and it has to come to an end.

“If neither Tottenham FC nor the FA are willing to take a stand then SBL will report the matter to the Metropolitan Police Service for investigation and, if necessary, prosecution. The report will be made if this behaviour does not cease by 20 November. We will have monitors in attendance to observe what occurs.”

News of the threat came as a shock to Tottenham, a club with a longstanding and sizeable Jewish support. Spurs fans call themselves “Yids” or “Yiddos” and chant “Yid army” at games as an act of defiance to those who discriminate against the club’s Jewish following.

Herbert stated: “There has to be zero tolerance and if that catches out Spurs then so be it.”

Asked about Jewish fans themselves singing the chant, he said: “That’s not acceptable either.”

Spurs rejected Herbert’s claims, pointing out that their fans have in the past been subjected to taunts about the Holocaust.

“Our position on this topic is very clear,” a Tottenham statement read.

“The club does not tolerate any form of racist or abusive chanting.

“Our guiding principle in respect of the ‘Y-word’ is based on the point of law itself – the distinguishing factor is the intent with which it is used i.e. if it is used with the deliberate intention to cause offence. This has been the basis of prosecutions of fans of other teams to date.

“Our fans adopted the chant as a defence mechanism in order to own the term and thereby deflect anti-Semitic abuse. They do not use the term to others to cause any offence, they use it a chant amongst themselves.

“The club believes that real anti-Semitic abuse such as hissing to simulate the noise of gas chambers is the real evil and the real offence. We believe this is the area that requires a determined and concerted effort from all parties and where we seek greater support to eradicate.”

There’s a legitimate case to be made about a minority reclaiming a word to strip it of its potency, but in the current climate such an an argument is unlikely to find favour.

“Drogba is massive – he motivates the players, he reactivated Anelka, and terrified the opponents. He’s the king no doubt.”

Police have made three arrests after the sister of Brazil international Hulk was released unharmed following her kidnap in the city of Campina Grande.

Angelica Aparecida Vieria de Souza was reported missing on Monday afternoon by a friend who believed she had been kidnapped.

Friends and family initially feared the worst but she was soon returned after her abductors argued over ransom demands. You just can’t get the kidnappers these days.

Investigator Marcos Paulo told The Associated Press: “She told us that she was abducted but wasn’t hurt, that’s what is important. We are continuing our investigation to understand exactly what happened. If it was indeed a kidnapping, as it seems it was, we have to work to find those responsible for it.”

Hours later Brazilian police confirmed that three people had been arrested for their alleged participation in the kidnapping. With that level of efficiency it can only be a matter of time before the local police are seconded to work on building work for next year’s Confederations Cup. With them on board, there’s a slim chance we might get to see some football.

Authorities say de Souza’s boss was among those taken into custody, and a candidate for the local city council is being sought in connection with the crime.

With time running out, his side desperately striving to break the deadlock against Porto to maintain their Champions League hopes, a Dynamo Kiev fan thought now might be a good time to invade the pitch. 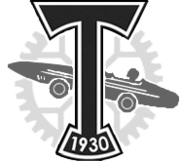 The emblem of Torpedo Moscow, which was designed 1930, has been outlawed by the city police.

­Scarves, flags and banners with the symbol were banned from sale or to be brought into the stadium during the club’s latest most recent home match.

According to the Torpedo fans, the police now believe that the symbol in the background of the club’s traditional logo is similar to one used by the Nazis.

“The representative of the Moscow police came up and said that Torpedo’s emblem resembles a Nazi symbol,” Vasily Petrakov, the head of the Torpedo Moscow fan-club, told Kommersant FM. “When we started laughing, we were told: “Yes, the same gear was on the logo of some party, some workforce in Nazi Germany, so we don’t allow you to use it.”

Fans hope that it’ll reappear in the stands at the team’s next home clash on November 19.

A more prosaic reason for the police’s decision to ban the logo came from Alisher Aminov, President of the Football Development Foundation.

“Clearly, Torpedo’s emblem has undergone changes since Soviet times,” Aminov said. “This increased attention by the police is caused by the recent fans’ misconduct at the Torpedo stadium, and nothing more.”

Think before you tweet. Tottenham defender Benoit Assou-Ekotto has been forced to deny claims that he has fallen out with manager Andre Villas-Boas after he posted a message on Twitter which suggested he was unhappy with life under the Portuguese coach.

The defender risked the wrath of his manager due to an ambiguous tweet which seemed to relate to his relationship with Villas-Boas.

Villas-Boas may or may not have been offended by the content, but one thing’s for sure, the spelling and grammar will have left him incandescent.

It wasn’t long before Assou-Ekotto was forced to backtrack and issue a denial that he was referring to Villas-Boas.

Villas-Boas will be pleased to hear that and also relieved that Emmanuel Adebayor has yet to set up a Twitter account.