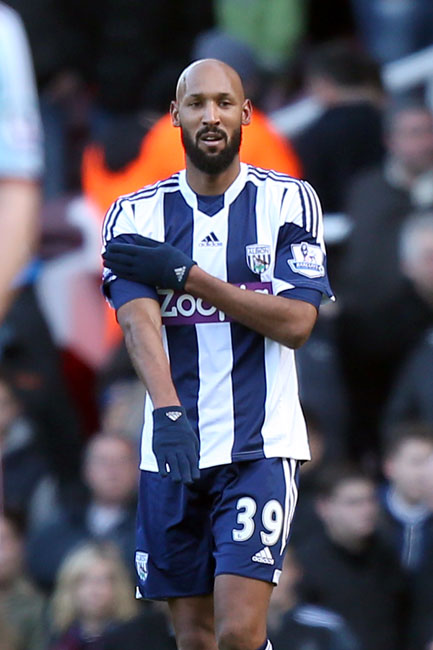 West Brom sponsor Zoopla have decided to end their sponsorship of the club at the end of the season over Nicolas Anelka’s “quenelle” gesture.

Anelka, 34, made the controversial sign, declared by some to be anti-Semitic, after scoring against West Ham on 28 December 2013.

The incident is being investigated by the Football Association.

West Brom asked the striker not to repeat the celebration but have not disciplined him and have since selected him in their matches against Newcastle and Southampton.

The property company said in a statement: “Zoopla has been reviewing its position over the past few weeks in light of the actions of striker, Nicolas Anelka, during the match against West Ham over the Christmas period.”

The agreement, which started in May 2012, was due to finish at the end of the season and Zoopla have decided not to renew.

Anelka said he made the gesture in support of performer Dieudonne M’bala M’bala, whom the French government has tried to ban from making the sign at his shows.

“Of course, I am neither racist nor anti-Semitic and I fully assume my gesture,” Anelka tweeted the day after performing the controversial celebration

“The meaning of quenelle is anti-system. I do not know what religion has to do with this story.

Although what system Anelka, a multimillionaire footballer plying his trade in the world’s wealthiest league is objecting to, remains a mystery.