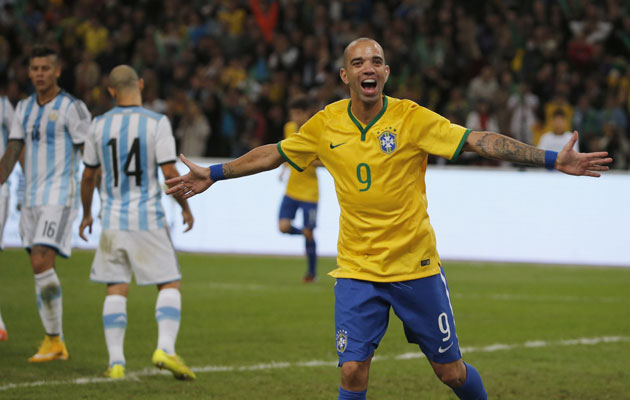 One of the most important developments in Brazilian football came as a consequence of an external shock.

Penarol signed Leonidas, while Nacional snapped up Domingos. Losing these two young stars tipped the balance in a debate that had been raging for a decade. In 1933 a professional league was formed in Rio, then the country’s capital. The national team’s participation in the following year’s World Cup was still over-shadowed by rows over the issue. But by 1938 the question had been resolved and, with Leonidas and Domingos playing starring roles, Brazil reached the semi finals in France.

There is little doubt that professionalism would have happened sooner or later, but it is also clear that the process was given a considerable boost by the brief loss of the two brightest young stars of the day. The external shock led to professionalism which in turn led to Pele and an era of global dominance.

Fast forward more than 80 years and there is a new kind of external shock. Now it is not only Europe that is helping itself to Brazilian talent. Growing leagues such as the USA and, specifically, China, are also getting into the act.

Striker Diego Tardelli, a success since being introduced to the national team after the World Cup, moved to Shandong Luneng at the start of the year, and has now become the first China-based player to be called up by Brazil. Announcing the squad, coach Dunga claimed that Tardelli – who has had three unsuccessful spells in Europe – had moved to the Far East because European clubs could no longer afford to buy the best, a clearly ludicrous claim.

Real Madrid had no hesitation in shelling out for Lucas Silva, who as a central midfielder with a fine range of passing is a rarity in contemporary Brazilian football. Meanwhile, attacking midfielder Ricardo Goulart followed Tardelli to China, leaving the great Tostao to comment that “the loss of two of the best players in the last Brazilian Championship shows that the Chinese are strong financially and the Europeans are losing interest in our players.”

Will this external shock have any domestic consequences? Some business minded commentators in Brazil are concerned by the rise of second string leagues such as China and the USA. Those who run the game, however, seem blithely unaware of any international context. A proposal seems to be gathering strength among some club directors for some kind of return to the old play-off format, which was replaced in 2003 by the current league system.

The idea is for the clubs that finish in the top four places in the league to then have two legged semi finals ahead of a home and away decider. This would add yet more games to a calendar which is already so cluttered that it cannot stop for FIFA dates. It would also effectively turn almost the entire year into a glorified pre-season; the appalling State Championships, the real villain of the calendar, are broadly seen as a pre-season, and under this proposal the national league would chug along as a low key warm up for the gripping finale.

So if the external shock of the 1930s was enough to propel Brazilian into a bright future, the worrying events eight decades later – and there have been plenty of them – do not appear to be having the same effect.