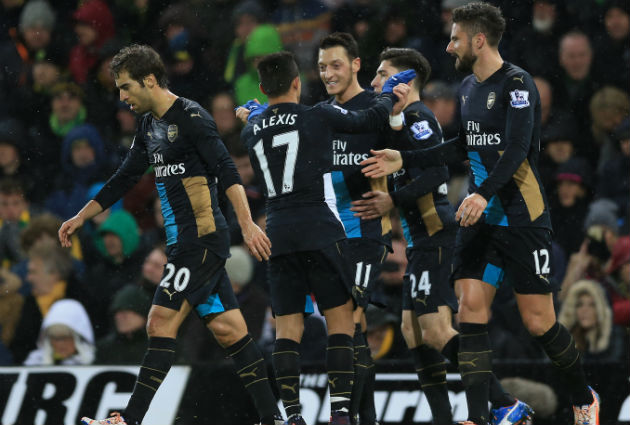 Arsenal manager Arsene Wenger was positive when asked about any contract developments regarding Alexis Sanchez and Mesut Ozil.

There has been speculation that the duo would assess Arsenal’s summer transfer activity before committing to a long term deal but Wenger said Sanchez and Ozil are keen to stay at the club.

“These two players have two years to go on their contracts at the end of the season,” Wenger said.

“So that is why we are not in a hurry. The players are very keen to stay and we are talking.”

Arsenal have also been linked with a possible move for Leicester City winger, Riyad Mahrez in the summer. Mahrez is one of players to be nominated for the PFA Players’ Player of year award and has been vital to Leicester’s sensational campaign.

However Wenger said it would be disrespectful to talk about one of their players, especially during such a vital time in the season.

Wenger said: “No, even if it was, I would not think about it at this stage of the season. It would be disrespectful to Leicester, but it is not the case.”