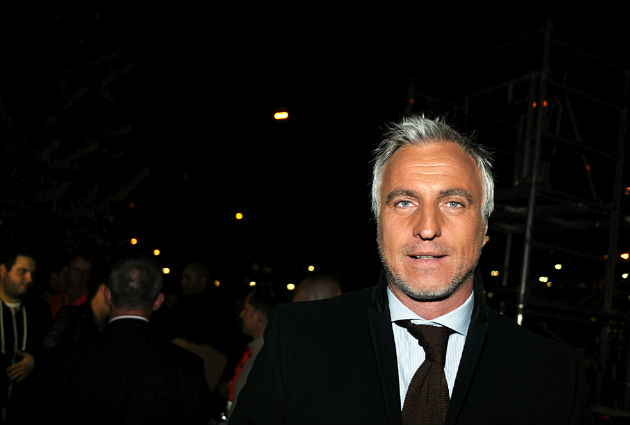 Ibrahimovic has been linked with a host of clubs – including Man Utd and China; yesterday Sky Sports said that he would prefer to move to Old Trafford, should Louis Van Gaal leave.

However Ginola has advised Utd to focus on nurturing their young talent, rather than spending huge transfer and contract fees on experienced players, before seeming to suggest that the Swede was a mercenary.

He also pointed out that Louis Van Gaal was now relying on striker Marcus Rashford – after spending nearly £200m in the transfer market.

“He is reaching 35 and is probably at the end of his career,” Ginola told talkSPORT.

“I don’t think it should be an option for Louis van Gaal or whoever is in charge next season.

“It is better to build a team around the youth and what they are doing at Man United right now with [Marcus] Rashford, [Jesse] Lingard and [Anthony] Martial, I would rather see that.

“Louis van Gaal has spent £200million on players and at the moment he is relying on 18-year-old kids. What is the point [of spending that money]?

“We are looking for teams and massive clubs like Man United to invest very significant amounts of money on the youth and the academy.

“Barcelona for 10 years worked really hard to bring talent from the academy right up to the first team and that is exactly what they have done. I see the future going that way rather than spending hundreds of millions on players.

“I don’t want to see mercenaries in football. I want to see people who know inside out what the history of the club is all about and when you wear the shirt, you really play for them.”