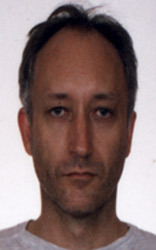 It doesn’t have the big names, the state-of-the-art stadiums or the multimillion-dollar television contracts of UEFA’s Champions League.

And a lot of commentators were haughtily dismissive of reigning champions LDU’s performance in the Club World Cup Final – even though they gave Manchester United more of a run for their money than many infinitely wealthier English Premiership sides.

However, the Libertadores Cup still remains an extremely palatable alternative to its more glamorous European counterpart.

The much-vaunted “hell” of some of the Turkish venues looks like a vicar’s tea party compared to the passionate atmosphere stirred up by the fans of Nacional, Estudiantes, Boca Juniors and Colo Colo, to name but a few.

Meanwhile, observers will get a sneak preview of some raw South American talents before they are whisked off to Europe, and the contest is refreshingly open – only 16 of the 38 teams who took part last year will be featuring this time around and none of the 11 countries will have exactly the same representatives.

The format remains the same: 12 teams take part in a preliminary round, with the six winners joining the other 26 sides in the group stage. The top two in each go through, and after that it is a straightforward knockout competition.

A few little idiosyncrasies remain, such as the presence of Mexican clubs (who are selected by a bizarre mini-tournament held in the United States rather than by their performance in the domestic championship) and the idea of hitting clubs with a $100 (£70) fine, rather than an automatic suspension, when a player receives two bookings.

THE CONTENDERS
Boca Juniors
Attempting to equal Independiente’s record of seven titles, Boca have kept the bulk of the team that won Argentina’s opening championship in December, including mercurial playmaker Juan Roman Riquelme, and should welcome back stalwart striker Martin Palermo from injury during the course of the tournament. Coached by Carlos Ischia, they also have the backing of the feared La Bombonera stadium.

Sao Paulo
Brazilian champions for the last three seasons and Libertadores quarter-finalists last year. Few teams on the continent can live with their physical prowess and, although they are hardly entertaining to watch, grumpy coach Muricy Ramalho has put together a side of brutal efficiency.

Gremio
Runners-up in 2007, Gremio are another very physical Brazilian outfit. The Porto Alegre club – where Big Phil Scolari made his name during the 1990s – also enjoy fanatical backing and are what Brazilians call time copeiro (cup specialists).

Palmeiras
Coach Vanderlei Luxemburgo has won the Brazilian championship five times with four different teams but the Libertadores has always eluded him. Although he insists it doesn’t bother him, few observers are convinced and the club has strengthened its squad, bringing in Colombian full-back Pablo Armero, Brazil World Cup winner Edmilson and midfielder Keirrison, who was a revelation last year at Coritiba. Palmeiras previously won the Libertadores under Luxemburgo’s nemesis, Scolari, 10 years ago.

Guadalajara
Their experience in the competition and the relative stability of the Mexican-only squad makes the Chivas the best bet to bring the trophy to their country for the first time. Despite reports that flamboyant owner Jorge Vergara had wanted to bring in Dutchman Ronald Koeman as coach, he has stuck by Efrain Flores and has strengthened the squad by repatriating Aaron Galindo from Eintracht Frankfurt and signing striker Jared Borgetti, Mexico’s all-time record scorer.

San Lorenzo
Denied the 2008 Argentinian opening championship by a quirk in the rules, San Lorenzo played some enterprising football under phlegmatic coach Miguel Angel Russo. Boosted by the invention of playmaker Pablo Barrientos, the stinging free-kicks of Aureliano Torres and the experience of Santiago Solari, they could well improve on last year’s run to the quarter-finals.

POTENTIAL SURPRISES
Cruzeiro
The Brazilian side would normally be among the contenders, but they may regret selling off their two brightest stars, Ramires and Guilherme.

Colo Colo
The only Chilean team to have won the tournament (1991), Colo Colo have won five of the last six Chilean titles. Their failure to find a buyer for Argentinian striker Lucas Barrios, scorer of 37 goals last season, may boost their chances.

America
The Red Devils from Cali reached three successive Libertadores Finals in the 1980s, losing them all, and another in 1996, which they also lost. Since then, however, they have been blacklisted for allowing drug traffickers to become involved in the club, and prevented from having sponsorship or even bank accounts. However, they are trying to clean up their act and won last year’s Colombian closing championship.

Estudiantes
Heavily dependant on Juan Sebastian Veron in midfield, the Argentinian team could mount a challenge if he continues to produce the form which saw him win the Latin American Player of the Year award for 2008.

Pachuca*
The Mexican side are one of the best-run clubs in Latin America and winners of the CONCACAF Champions Cup twice in a row.

OUTSIDERS
River Plate
For all their pedigree, River’s recent performances have been disastrous. Bottom of the Argentinian opening championship last year, they were knocked out of the Libertadores by nine-man San Lorenzo. In 2007, they even failed to progress beyond the group stage.

Sport Recife
Qualified by winning the Brazilian Cup, although their campaign was marred by allegations of dirty tricks at home games, with visiting teams complaining about being kept awake at night by supporters in front of the hotel.

Independiente Medellin
Coached by Santiago Escobar, whose brother Andres was murdered after scoring an own goal at the 1994 World Cup. The Colombians are something of an unknown quantity, although defender Samuel Vanegas won the competition with Once Caldas in 2004 and Aldo Bobadilla played in goal for Paraguay at the last World Cup.

Penarol*
The five-times champions are a sad reflection of their former selves. The appointment of volatile Julio Ribas for a second stint as coach (he was jailed for eight days during his first stint for his part in a brawl on the field) could provide some fireworks but is unlikely to make them title challengers.

Universitario
The Peruvians were due to be consigned to the no-hopers category until they somehow managed to persuade Nolberto Solano to return to his homeland and join them.

Universidad San Martin
Peruvian champions for the second year running and by far the best organised outfit in the country.

Nacional
Gave Libertad a run for their money in Paraguay’s closing championship. A decent counter-attacking team.

Caracas
Although Venezuela have never won the Libertadores, Caracas beat River Plate home and away in the group stage two years ago and gave Santos an almighty fright in the second round before losing 5-4 on aggregate.

Nacional
Their cauldron-like Parque Central stadium is one of the tournament’s more colourful sights. However, the three-times former champions have suffered with Uruguay’s decline.

Defensor Sporting
The reigning Uruguayan champions reached the quarter-finals in 2007. They tend to live up to their name with a cautious approach.

LDU
The defending champions have lost key players Joffre Guerron, Luis Bolanos and Enrique Vera since last year. Coach Edgardo “Big Foot” Bauza has also left the Ecuadorians and they no longer have the surprise factor.

Lanus
Argentinian football has seen a recent shift in the balance of power with Buenos Aires suburban teams such as Lanus, Arsenal and Banfield qualifying for the Libertadores instead of the likes of Independiente and Velez Sarsfield. However, these teams’ performances at international level have been poor.

Everton
Qualified by winning the Chilean opening championship but fell away badly in the closing tournament. Coach Nelson Acosta led Chile on their last World Cup appearance in 1998.

San Luis
One of the most impressive teams in last year’s Mexican opening championship, the team has since been dismantled by owners Televisa.

NO-HOPERS
Sporting Cristal*
Juan Carlos Oblitas is one of Peru’s most respected coaches but there is nothing to suggest Sporting can rise above the nation’s recent mediocrity. They already hold a record of 20 first or preliminary round eliminations.

Deportivo Cuenca
The Ecuadorians have fallen at the first hurdle on all five appearances.

El Nacional *
Suffer from a lack of support in Ecuador and their home games in a usually empty Atahualpa stadium are a depressing experience.

Deportivo Quito
The Ecuadorian champions have an ageing squad.

Guarani
Paraguayan side who are taking part for the first time.

Deportivo Anzoategui*
Venezuelan team who are also taking part for the first time.

Deportivo Tachira
The reigning Venezuelan champions have slightly more pedigree but not enough to trouble the bigger teams.

Real Potosi*
The Bolivians play at 14,000ft above sea level but have never progressed beyond the group stage.

Aurora
Unlikely to change Bolivia’s record of never having won the Libertadores.

* Clubs knocked out in the preliminary round.