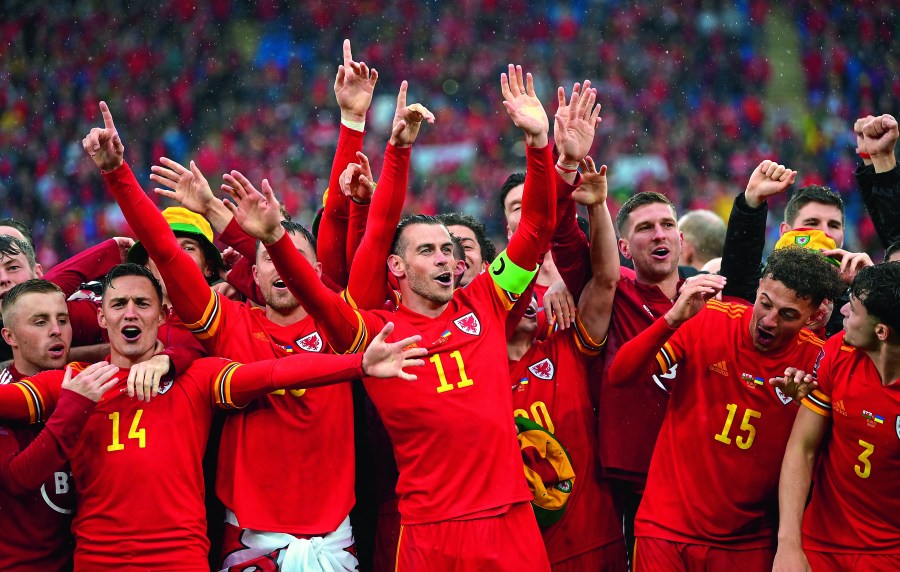 ”It’s hard to put it into words,” said midfielder Joe Allen as the rain poured down at the Cardiff City Stadium back in June. ”This is what we’ve been dreaming of for a long time.” But not even the unseasonal weather could dampen the celebrations as the 1-0 win over Ukraine in the play-off final confirmed that Wales had finally ended a 64-year wait to return to the world stage. No other nation in the history of the game has spent so long between appearances at the World Cup finals, but decades of heartache will finally be forgotten this winter as Rob Page and his squad head to Qatar.

Inspired by the great John Charles, Jimmy Murphy’s side would reach the quarter-finals of the World Cup in 1958 before losing to eventual winners Brazil, when a talented teenager called Pele scored the only goal in a 1-0 victory. Murphy was a product of the Rhondda, a hard-working community in the Welsh valleys that has suffered tough economic times but is renowned for sporting, and current manager Page was born and bred within three miles of Murphy’s former home. It is a connection that brings two very different generations together, and the committed and dedicated work ethic that defines Page and his squad is a fitting representation of his family roots and the values he inherited. 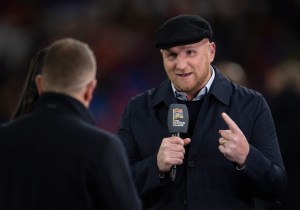 Charles missed the quarter-final defeat to Brazil in 1958 through injury, and generations have wondered what might have been. For Page the fitness of talismanic captain Gareth Bale remains key to what his side can achieve, and his new zest for football in Los Angeles offers grounds for optimism. Likewise influential midfielder Aaron Ramsey is enjoying his football again in Nice while defenders Joe Rodon and Neco Williams have made important moves in search of regular football. While the dedication of playing for their country has never been in doubt, Page will need his best players to be at their physical peak for what will be an intense tournament, and with limited preparation time prior to the opening game it is crucial that they arrive in Qatar match fit.

Wales ended a 58-year wait to appear at the finals of a major tournament in 2016 and subsequently reached the semi-finals of the European Championship that year in France. It was an inspired summer for a talented generation, but there is more strength-in-depth to Wales this time around, and if this team can gain momentum from their opening games, anything is possible.

THE VIEW FROM WALES

”It’s a qualifiable group, although I’d hope by the time the England game comes around we’d have done enough to get through. Whatever we must be optimistic about the future of Welsh football. We’re a football movement and we want people to be on the journey with us.”

”After Euro 2016 I’m hesitant to put a barrier on what Wales can achieve. They will be optimistic of getting out of the group, and then who knows It will be tough, but if they can raise themselves to anything near those heights then it could be another memorable adventure.”

The ex-U21 manager took over from Ryan Giggs in difficult circumstances, but quickly guided his country to Nations League promotion and through the group stage of the last Euros. A popular and honest figure, Page was a no-nonsense defender during his playing career and manages his side in a similar style. After a period of tactical experimentation, Page has settled on an effective system and having masterminded WC qualification with a play-off victory over Ukraine on a famous night in Cardiff, he’s earned his place in Welsh football folklore. 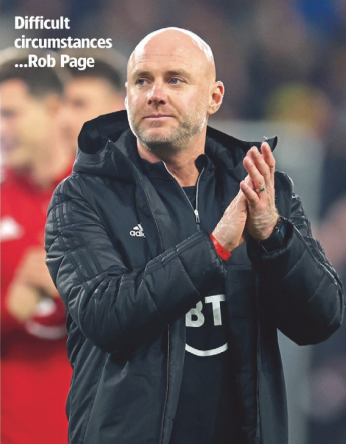