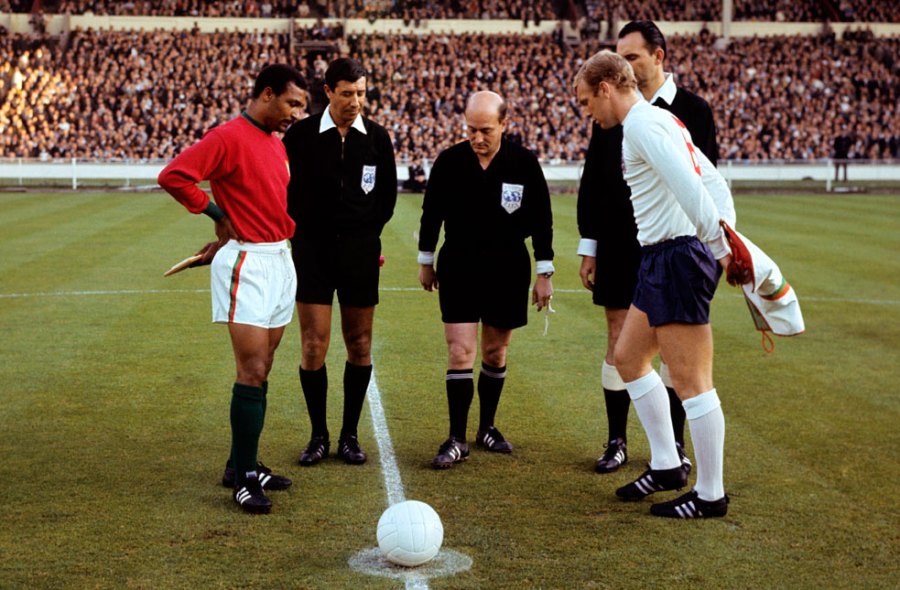 An enjoyable and informative TV documentary Alfie’s Boys, though surprisingly introduced by David Jason, evoked enduring memories. Many of England’s successful team spoke, to good effect. One surprise for me was when Bobby Charlton disclosed that in the Final, he had been told to mark Franz Beckenbauer, then a commanding 21-year-old right half, rather than the attacking libero he had already become at Bayern Munich.

I knew that Helmut Schon, the German manager, had told Beckenbauer to mark Charlton, which greatly limited his potential contribution to the game, but not the other way around. Bobby admitted that in consequence, neither had played much of a part in the game. This, with due respect, was arguably to the advantage of England, since Beckenbauer’s potential contribution was arguably greater than Charlton’s.

Jimmy Greaves appeared several times, lamenting the fact that he hadn’t been picked for the Final. Geoff Hurst, who had so successfully taken his place when Jimmy dropped out injured, sympathised but was obviously pleased to have played. Yet I still believe that both of them should have played and that Greaves should have been preferred to Roger Hunt, destined to miss a couple of good chances in that Final which Greaves, with that deadly left foot (Hunt’s right foot was his stronger), would surely have exploited.

But all the praise given to Greaves ignored the fact that for all his undoubted prowess, he had had a poor World Cup in Chile four years earlier. During which he had told me that there was so much violent tackling that attackers were afraid of being killed. Ramsey early in the tournament countered criticism of Hunt to some disdain by saying that he was “making space”.

But as this documentary observed, Greaves, with his jaunty, irrepressible humour, was never Ramsey’s ideal player.

Nor, though he would praise him warmly in this documentary, was Jimmy’s boon companion, Bobby Moore. Over the years, there were various clashes. Once when, against Alf’s orders, Bobby led a small posse of players out of their Lancaster Gate hotel and up the Edgware Road for a drink. Returning to their hotel to find their packed suitcases and passports on their respective beds. Before a match against Northern Ireland in Belfast Ramsey waited till the last moment to confirm Bobby Moore as the captain.

On another occasion, as he confided to me with a smile, he briefly left Moore out of the team in favour of Norman Hunter. “Pushed Bobby Moore,” he said. On an ill-fated foreign tour in 1964, Moore led a player’s revolt against the hard training in heat when they were in New York. It didn’t last. But Moore wholly deserved his award as best player of the 1966 World Cup and to my mind was even better in Mexico four years later.

Despite the potential trauma of having been wrongly accused and blamed for the alleged theft of a bracelet in the team’s Tequendama hotel in Bogota, subjecting him to house arrest while the England squad flew off to Guadalajara. Where, in due course he would arrive, supremely unruffled. Last week saw the unveiling of a blue plaque on the East End house where he was born. That his post-playing years saw such frustration, when he failed to succeed as a manager, was not a great surprise.

The essence of Moore the player was his supreme self-confidence, his ability to remain untouched and untroubled by whatever might be going on around him. An enigma, but never a communicator. Ron Greenwood, in his halcyon days at Upton Park, turned Moore from a modest centre-half, uneasy in the air and short of pace, into a superb second stopper, a supreme reader of the game. There were occasional errors. Not least in Katowice against Poland in a vital World Cup qualifier when he untypically and somewhat arrogantly, as the last defender, elected to take the ball past the oncoming Lubanski, but lost it to him, Lubanski running on to score and Poland going on to win.

But the statue of him which stands outside Wembley Stadium was thoroughly deserved. I’m sure he would have been sad to see how parsimoniously West Ham’s academy principal, Tony Carr, has been treated by the club. While millions are spent on new players, Carr after 43 years at Upton Park, in which he discovered Frank Lampard, Rio Ferdinand, Carrick, Cole and Defoe, worth millions, has been jettisoned with a payoff of £14,000.