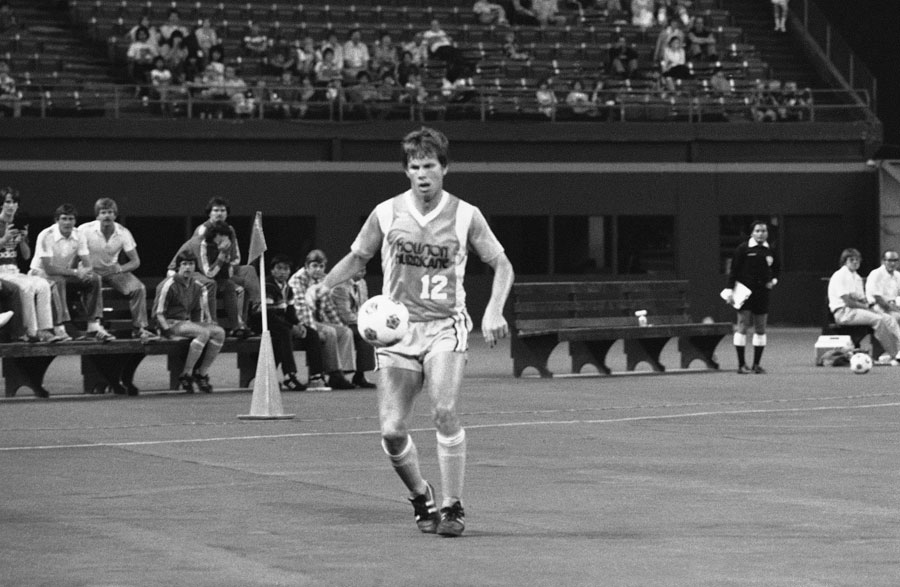 The Atoms drew impressive crowds and were convincing NASL winners. They finished top of the Eastern Division ahead of Miami Toros and New York Cosmos before a 3-0 victory at home over Northern Division winners Toronto Metros took them through the playoff semi-final and into a showpiece final against Dallas Tornado, this time on Texan soil.

There, a John Best own goal in the middle of the second half gave Philadelphia the lead and makeshift striker Bill Straub finished the job with five minutes left on the clock.

The 1973 season is remembered for NASL being dominated by American players for arguably the first time. Few are as well known today as a particular player who never took the field after the Cosmos drafted him from Cornell University but went on to become a celebrated coach and, remarkably, pick up international caps in both football and lacrosse.

But if Bruce Arena’s aptitude for coaching made him famous through Major League Soccer glory and a stint with the United States national team, a young striker in the Dallas Tornado ranks was carving out a reputation for himself as the most exciting prospect for the future of the sport in the United States.

Kyle Rote, Jr. earned just $1,400 in his first season proper with the Tornado but plastered his name all over the 1973 campaign like some flyposting Nathan Barley-alike. The Atoms visited Dallas for the championship game and took home the trophy, but Dallas-born Rote was a leading individual turn despite not making the NASL All-Star list. He was the only American to ever top the joint goalscoring/assists chart and, inevitably, was named Rookie of the Year. It will have surprised few when he became the highest paid Tornado player so far when his wages were boosted in 1974.

More athletic than academic – and, perhaps most importantly, the son of an all-American college and NFL player – Rote had been an American football hopeful until his young career was ended prematurely by a broken leg which, perhaps counterintuitively, resulted in him turning to soccer, which he’d only really played on the side since taking the sport up as a teenager. Legendary soccer guru Lamar Hunt discovered Rote in 1972 and signed him up for the Tornado in the middle of that season.

Rote wasn’t just a natural athlete. He had a knack for scoring and creating goals but he was, by his own admission, a less than accomplished technical player. Nevertheless his ability and strength in the air – it was his header that defeated the Cosmos in Dallas’ 1973 playoff semi-final – went a long way.Sports Illustrated dubbed him “Soccer’s Great American Hope” and he was, by almost any measure, the sport’s biggest star in his first couple of seasons as a professional.

The devout Episcopalian scored 11 goals in 1977 but never matched 1973 for assists or for the uniquely American combination of the two statistics and despite a handful of international appearances, for the United States it was really the other strings to his bow that allowed him to live up to his potential. Make no mistake, though, Rote was a valuable footballer on the pitch; Houston Hurricane paid an incredible sum of $250,000 for his services in 1979.

He retired in 1980 but he was already a household name thanks in no small part to a concerted effort to make him the home-grown face of American soccer. His fame justified Hunt’s belief that Rote would be marketing dynamite and was not limited to soccer households. Repeated wins in the US version of ‘Superstars’ left the likes of Pete Rose and OJ Simpson in his wake and brought him plenty of prize money to boot. Without putting too fine a point on it, the sponsors were all over him by 1974.

But Rote the player was anything but the extent of his success. After dalliances with punditry and coaching, the former Tornado forward embarked upon a fascinating life as a business-savvy polymath. After 43 goals and 38 assists in a 142-game NASL career, Rote demonstrated that his skills weren’t restricted to the penalty area, though that did earn him a place in the National Soccer Hall of Fame in 2009.

Now located in Memphis and retired as the CEO of the company he founded in 1984, Rote was an incredibly successful sports agent and motivational speaker with Prince Phillip and more than one President of the United States of America on his impressive list of audience members. He even used to be a gameshow host on local television and is the author of books on both soccer and spiritualism, as well as the name of a table soccer game.

In hindsight, “Soccer’s Great American Hope” might seem like surprisingly faint praise for a wildly successful businessman with a preference for working late hours (to avoid distractions, so he once said) and God in his corner. But his early achievements in the sport came while the foundations of the NASL were still being built, and he was mostly unable to recapture that promise or convert it into a real impact in international football.

Maybe the American game wasn’t yet ready for its first home-grown poster boy. One could argue that in terms of American-born players and their renown in non-soccer households he is really yet to be surpassed. Either way, the league represented by Rote on ‘Superstars’ all those years ago was about to be made famous by imported players. The Pele era wasn’t far away.