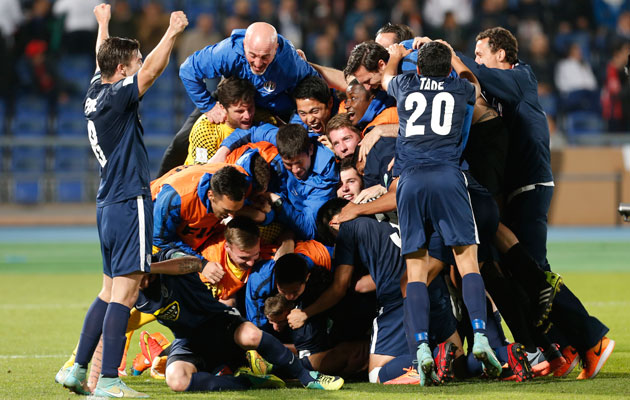 There are no towering floodlights or giant grandstands and it would be fairly easy to get lost in the labyrinth-like roads around the ground on matchdays.

The opposition for this afternoon’s match, still in the early weeks of the New Year, the height of summer, is the reserve side for the Wellington Phoenix, New Zealand’s only fully professional club, currently enjoying their own golden run, riding high in the Australian A-League. The match is imbued with significance as it’s City’s first home match after their miraculous feats in Morocco. A competition and team which the New Zealand sporting public were by and large oblivious to suddenly became the focus of national attention during December. It certainly didn’t hurt that the All Blacks, the epicentre of sporting worship in this country, had concluded their programme for the year and cricket hadn’t yet taken over. In fact you could almost hear the collective sigh of relief from the sports media, finally a worthwhile story in the time of year so aptly described as the silly season.

A football club formed ten years ago had somehow conjured wins against the ES Setif, Champions of Africa, (1-0) and Cruz Azul, Champions of Concacaf, (albeit on penalties). In addition, they had overcome the Champions of Morocco, Moghreb Tétouan in front of a fiercely partisan crowd in a penalty shoot-out. South American Champions, San Lorenzo of Argentina, were then taken to the brink in extra-time in the semi-final before City eventually succumbed 2-1. In fact, a width of goalpost was all that separated a team which plays at a ground which has a vegetable patch a few yards from a corner flag meeting Real Madrid, the global mega-behemoth brand in a final which would have been one of the most unlikely sporting contests in modern times.

How did this small miracle, or perhaps more accurately major miracle, come about? 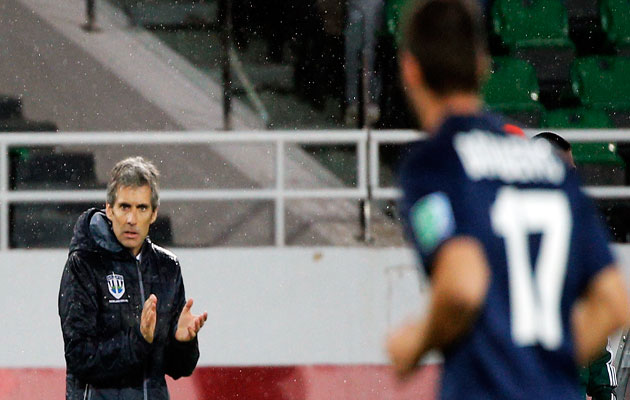 Most NZ football fans have been asking themselves the same question over the last few weeks. As always it’s a combination of factors. The coach, Ramon Tribulietx, a domiciled Spaniard, oozes a kind of European intellectual aura. A combination of Arsene Wenger (when he made decisions that made sense) and Pep Guardiola. An undistinguished player and until now an unheralded coach whose career was forged in Segunda B, the third tier of Spanish football. His collected, cerebral approach revolved around gathering copious intelligence on upcoming opposition and a style based on ball retention. It is a million miles away from the “up and at em” trench warfare, physical, hard work approach espoused by legions of British coaches which have left their indelible mark on these shores. Tribulietx appears calm and thoughtful, but you can sense the purpose, intent and deep footballing intelligence lurking underneath the polished exterior.

But as we all know a coach’s strategies and plans need to be carried otherwise they will remain just that, theories etched upon a chalk-board. City, through careful recruitment and preparation had assembled a squad with enough nous, intelligence and athleticism to put Tribulietx’s strategies into practice. Preparation which had to overcome the fact that the majority of his players held day jobs including that of sports store owner, builder and mechanic.

Uninformed critics were quick to note that the team only featured four players which were NZ-born and bred. This misses the point, big time. Surely there are few industries more globalised and borderless than that of international club football? A quick scan of the top four in the English Premier will confirm that. The Auckland City roster comprised players from across the footballing globe; Japan, England, Croatia, Nigeria, South Africa, Mexico and Argentina. It could be argued that City were the perfect representation of the growing commercial capital of New Zealand. It’s possible to run into young and old from every corner of the globe in a quick dash just to grab lunch in Auckland’s main thoroughfares.

Ironically enough the most critical component of the side was very much one of our own. Ivan Vicelich. Ivan the great. New Zealand football’s most loyal servant, just a few months this side of forty, has enjoyed a career which, among other highlights, had taken in the Dutch Eredivisie, three Confederations Cups and holding the then World Champions Italy in the 2010 World Cup Finals to an (even now!) astonishing 1-1 draw. A man who is seemingly determined to be the most under-stated human to walk the planet and who seems to relish media opportunities about as much as most of us enjoy a paying a parking fine. Vicleich was the direct conduit between Tribulietx and the players on the pitch. Fully aware of legs which could no longer make any big promises, he prowled the space between the defence and midfield, pushing and prodding the team forward, expertly defusing any potential opposition counters and shielding the back four like an over-protective bodyguard. Never over-extending himself, never caught out of position and never giving the ball away cheaply. Seems you can’t put a price on experience.

A New Years’ honour upon his return allowed Vicelich to add letters to his name and yet another honour to an already lengthy list. But perhaps the one he’ll treasure most is the Bronze Ball for being the “Third Best Player” in Morocco. FIFA seem to be in a long-running competition with themselves to continually create new awards and most knowledgeable fans would find it hard to equate such empirical measures to the game. However no naysayer or cynic can ever take this away from him. The sight of Ivan Vicelich standing next to Cristiano Ronaldo and Sergio Ramos (winners of the Best Player and Second Best Player respectively…maybe there is a law against a one-team trifecta for this?) was the best kind of brand awareness for New Zealand on the world stage and for football in New Zealand. Amazing and also slightly surreal. It was like seeing the bass player from the local pub band in a hired tuxedo nestled between Beyoncé and Paul McCartney at the Grammy Awards.

In the wake of City’s achievements there was the usual talk regarding “turning points” and “new dawns” for NZ football. Rightly so, it was a massive achievement to finish third in Morocco and the players and management richly deserved all the plaudits. The nominations for the country’s sporting Oscars, the Halberg Awards, were hurriedly re-configured to include Auckland City as a late entrant for Sports Team of the Year. There was the almost predictable talk about an Auckland entry in the fully professional Australian A-League. Conveniently forgetting the two Auckland-based franchises (Football King 1999-2004 and NZ Knights 2005-2007) which become by-words for failure and mismanagement in the first five years of the new millennium.

It’s highly doubtful NZ could support two fully professional sides so it looks although the Wellington based Phoenix will remain the standard bearer in the Australian A-League for a little while longer yet. But needless to say eyes have been opened to the possibilities when organisation, talent and ambition are combined as effectively as they were by City in Morocco.

In broader terms where does City’s achievements fit into the wider NZ football and sporting spectrum? There is no doubt a huge amount of creditability has been regained in the wake of the disastrous efforts of the national team during the FIFA World Cup Continental play-off against Mexico at the tail end of 2013. Some even trumpeted the win against Cruz Azul as direct revenge. The All Whites were swept aside 9-3 on aggregate to a domestic-based Mexican side. A new national coach has been recently instilled, one that seems to preach a similar gospel to Tribulietx, one of possession, patience and technique. The game continues to grow, particularly at junior level, as does the women’s’ football. The absence of Australia in Oceania means that our various national teams have a fairly achievable road to age-group finals.  The FIFA under 20 World Cup is due to be held on these shores in May. Another chance for New Zealanders to see the beauty and theatre of the sport and its future stars. In wider political and economic terms it’s possible the global significance of the sport may finally be recognised here. Football is an international language and its popularity and cultural significance with our existing and potential trading partners shouldn’t be under-estimated, particularly in Asia and South America. A sport that has always been treated as something of a novelty by the general sporting public may finally gain widespread acceptance and recognition.