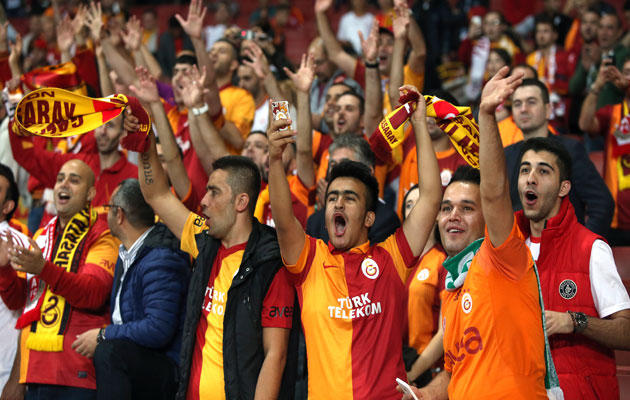 A senior Galatasary board member has revealed that “international expansion” is a key objective for the club over the next five years.

Ebru Koksal said being strategically placed between Europe and Asia, gives the Istanbul based club, a unique opportunity to explore commercial activity on both sides of the two continents. The Middle East and Central Asia were of particular interest due to shared religious, cultural, ethnic and economic ties.

Speaking at the recent Soccerex Global Forum in Manchester, Ms Koksal revealed the 19 times Turkish league champions had signed an agreement with Nasir Bin Abdullah and Sons, which would see the team participate in a friendly tournament in Qatar before August 2016. Moreover it would also be looking to promote and market the club in Azerbaijan and Turkmenistan.  Both are oil and gas rich nations which the Turkish Government has significant trade agreements with.

Galatasary currently has the largest fan base in Turkey as well as a significant following amongst the Turkish diaspora in Western Europe. The ‘Lions’ are the most successful club in Turkey with 49 trophies to its name, including the Uefa Cup, which they won by defeating Arsenal in 2000. In the process it became the first Turkish team to win a European trophy.

Earlier this year they were included in Deloitte’s Football Money League. Their ranking at 16 was the highest ever for a Turkish team. They were also joined by city rivals Fenerbahce, who came in at 18. It was the first time since 2005/06, two teams from outside the ‘big’ five European leagues, made into the Money League, which was published eight months after the end of the 2012/13 season.

The club’s revenue profile comes in at 157m Euros a season.  A key factor in the club’s economic fortunes has been the move away from the crumbling but highly intimidating Ali Sami Yen stadium to the modern 52,000 seater Turk Telecom Arena.  Match day income contributes 35.4m Euros with broadcasting and commercial generating 51.9m and 69.7m Euros respectively.  Galatasary have also recently secured shirt sponsorship agreement with Chinese phone manufacturer Huawei and Turkish airlines for the 2014/15 season.  Reports in the local media indicate the deals will be worth $7 million US dollars.

Ms Koksal, speaking on a platform titled, ‘How to run a club successfully’ pointed out to financial disparity relating to Champions’ League prize money, especially from broadcasting rights.  She highlighted that despite both Juventus and Galatasary reaching the quarter final of Europe’s premier club completion in 2012-2013, the Italians earned $65.3 million with the Turks receiving $24.7 million.

She further voiced concern that Turkish clubs were missing out on much needed exposure to overseas markets, as there was no deal in place with a foreign broadcaster to show Super Lig matches.  Although domestically, Digiturk, has retained the rights to the country’s top league, until the end of 2016-17 season for a deal reportedly worth US $450 million.  It is an increase of US $129 million from its previous contract.

Moreover findings from the Deloitte’s Money League report show that Galatasary has 3.5 million followers on Twitter, making it the third most followed club on its list.  However Ms Koksal acknowledges the club has to enhance and diversify its social media options in order to attract new supporters.

Liverpool are considered market leaders when it comes to engaging with fans through new media.  The English team’s various social networking platforms, cover 27 countries, in languages ranging from Bengali and Malay to Finnish and Korean. There is little doubt such engagement has played a crucial role in the ability of the Premiership side to attract crowds of 70,000 to 100,000 supporters on tours to Australia and South East Asia.

Aside from Turkish – Galatasary’s official website – has language options in only English and French. An Arabic language option is due to be introduced for next year.

Ultimately it will be success on the pitch, especially qualification and progression in the Champions League, which will increase Galatasary’s revenue, international fan base as well as attract high profile players. The club secured a coup by securing the signature of Wesley Snijder in 2012 as well as managing to convince Didier Drogba to cut short his Chinese adventure for life in Turkey a year later. However the Dutch midfielder has generally underperformed while the African left the club to return to Chelsea after his contract expired.

Heavy defeats by both Arsenal and Borussia Dortmund have left Galatasary bottom of their Champions’ League group. Equally of concern has been the conduct of some of their fans over the use of fireworks and smoke bombs at both the Emirates and the Signal Iduna Park.

A former investment banker for Morgan Stanley in New York, Ms Koksal has held a number of prominent roles within football.  These have included being General Secretary of the Turkish Football Federation as well as becoming the first female on the board of the European Club Association.  She admits it will not be easy but she is determined that her club becomes a global leader – on and off the pitch.