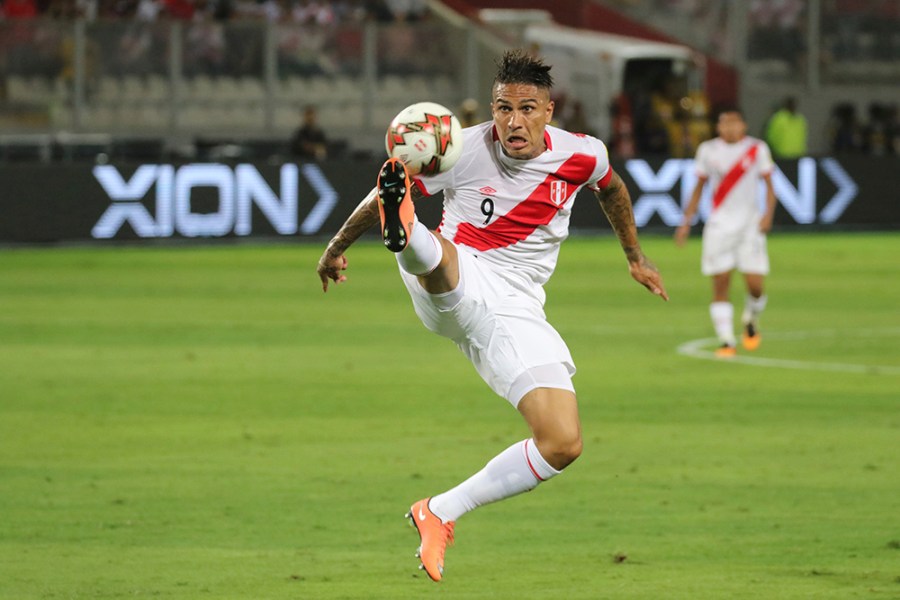 Absent from the World Cup since 1982, Peru’s progress to the play-off against New Zealand has already had its fair share of drama.

There were the three points and five goals that the team were awarded by the stroke of a pen. Peru had lost 2-0 to Bolivia, who were then punished for bringing on an ineligible player for the last few minutes.  The game was awarded to Peru by a 3-0 margin.  Without this aid, they would not have made it to fifth place and claimed the play-off spot.

But, at the time this took place it seemed unlikely to have much bearing on proceedings. Peru were down in 8th, and apparently out of contention. Then they found form. In the last eight rounds they accumulated four wins and three draws, losing only away to Brazil. There were some heart stopping moments along the way.

Like the last moment of the game against Bolivia. Peru were 2-1 ahead. Bolivia crossed a free-kick into their box, and Lionel Justiniano fired over the bar when it seemed easier to score. In the next game away to Ecuador they 2-1 ahead but a man down, facing a furious reaction from the home side, with the ball bouncing perilously around their penalty area all the way to the final whistle. And there is last round at home to Colombia. Peru were a goal down when centre forward Paolo Guerrero stepped up to take an indirect free kick. He went straight for goal – and the only reason Peru had the vital equaliser was because keeper David Ospina attempted to make a save and got a touch on the ball as it went past him.

But all that is now dwarfed by the drama surrounding Guerrero. He scored the winner for Corinthians in the Club World Cup final against Chelsea five years ago. But it is probably true to say that the matches against New Zealand were to be the biggest games of his long career. But he will have to sit them out, provisionally suspended for 30 days by FIFA after failing a drug test carried out after October’s goalless draw away to Argentina.

Guerrero has flown back to Lima from Rio, where he now plays for Flamengo, to conduct his defence. Peru trust that his exemplary record will count in his favour. He was suffering from a bad dose of flu at the time of the game, and the most likely scenario is that the banned substance, a stimulant, was contained in his medicine. It remains to be seen how much factors such as intention will be taken into account.

In the short term, though, the most important consequence is Guerrero’s absence from the two ties against New Zealand – in Wellington at the weekend and in Lima in the middle of the following week. He is a massive loss, in two senses.

First, he is Peru’s one genuine world class player. His interpretation of the centre forward role is wonderfully versatile.  Strong and physically imposing, he is a master of retaining the ball with back to goal, holding it up and bringing team-mates into the play. He is also quick enough to be played in behind the opposing defensive line. He ties up the centre-backs to make space for others, and scores goals with both feet and with his head.

His strength in the air also means that he plays a defensive role at opposing set pieces – which would have been especially important against a New Zealand side with a dangerous repertoire of corners, free-kicks and long throws into the box.

Peru have no like for like replacement. Guerrero missed 2 of the 18 rounds in qualification. His duties were carried out by Jefferson Farfan, much more of a front to goal striker cutting in from wide areas, and by Raul Riudiaz, a neat, interesting striker, but a small player with no imposing physical qualities. Without Guerrero, Peru lose their attacking platform.

They also lose such a vital source of self-esteem, a quantity which has been in desperately short supply in Peruvian football over recent times. Until their recent run of good results, they went over 12 years without winning a World Cup qualifier away from home. Indeed, they hardly even picked up a draw in all that time. Again and again, they would collapse after conceding the first goal.

Coach Ricardo Gareca has brought much needed calm to the camp, putting his faith in a young group of players and sticking with them until results picked up. The group have acquired confidence. But this is fragile.  Under pressure, the whole thing could collapse – especially when the players look around the dressing room and do not see the comforting figure of Paolo Guerrero ready to take the field alongside them.

Coming up, then is the biggest test so far in the development of Gareca’s group. Do they have enough faith in their ability to rise to the challenge of playing without their star centre forward?