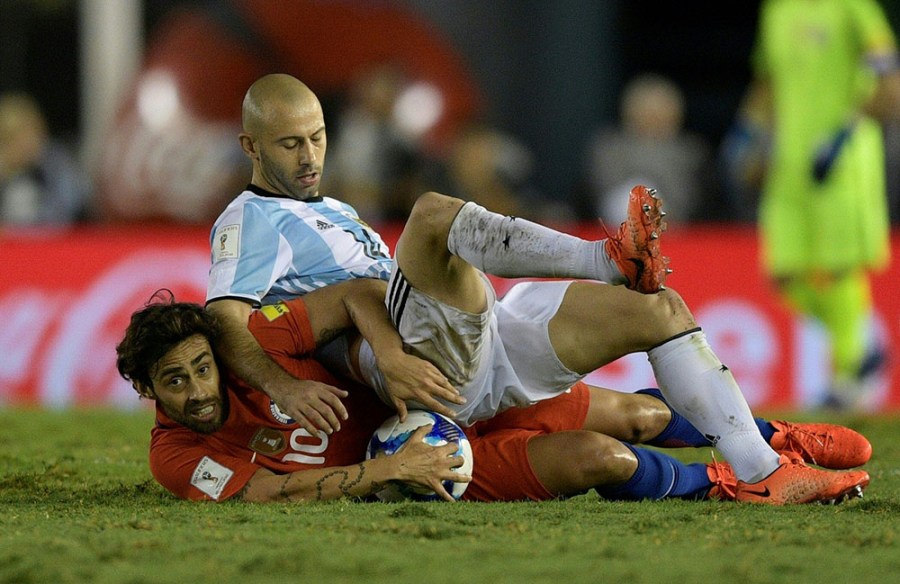 Alan Shearer achieved his dream of becoming captain of England and loved the role – but gave it up at the age of 29. Turning his back on international football was, he decided, a move he had to make in order to prolong his career.

During the nine years the furthest he ever had to go for a tournament was Sweden in 1992; subsequent competitions were at home ( Euro 96), France (the 1998 World Cup) and Holland and Belgium (his Euro 2000 swansong). Indeed, he only played a single international match outside Europe – against China in a warm-up friendly for Euro 96.

Shearer’s early international retirement and lack of travelling put into perspective the extraordinary sacrifices that South American players are prepared to make in order to represent their national teams. Many are happy to make those long trips across the Atlantic for years on end – even when they may well be the first to come attack from their home press and public if results are disappointing.

Last week former Argentina idol Gabriel Batistuta pondered why Lionel Messi would want to take a succession of 13,000 mile round trips between Barcelona and Buenos Aires only to be criticised.  Currently, though, Argentina’s main problem with Messi is that he is suspended for the next three rounds of qualifiers. And the team’s record in the current campaign (five wins in six games with Messi, one win in eight games without) makes his importance to the cause painfully clear.

So rather than attack Messi, the lightning rod at the moment is his Barcelona club-mate Javier Mascherano.

Carlos Dibos, who was Argentina’s physical preparation specialist under coach Alfio Basile, has recently claimed that Mascherano exerted an influence on the selection of the squad. It is a strange declaration, since the pair worked together a decade ago, when Mascherano was nowhere near being the senior player in the side. And it is also, as Diego Maradona has pointed out, something of a lack of respect to Argentina’s five subsequent coaches. Indeed, it is very similar to the attacks that Diego Simeone used to receive in his playing days, that he was consistently a friend of the coach. The plain fact was that whoever was in charge of Argentina found Simeone indispensable, for his commitment to the cause and his tactical intelligence – virtues which have been made clearer still in Simeone’s own coaching career.

It would seem evident that Dibos has some kind of agenda. He said that Neymar was a better player than Messi, because of superior leadership skills, and argued that the time has come for Mascherano to retire from the national team.

There is little logic in this way of thinking. Argentina have reached three finals in the last three years (the 2014 World Cup followed by two versions of the Copa America) in large part because the team has been carried by two players, Messi and Mascherano.

The pair have pulled their weight in the recent, troubled reign of Edgardo Bauza. Argentina have won three of the eight qualifiers played under their latest boss.  The 1-0 win over Uruguay came from a moment of genius from Messi, picking up a forward ball planted by Mascherano. And after the team had a man sent off just before half time, Mascherano was at his dogged defensive best, giving an outstanding performance to ensure the lead was protected.

The 3-0 win over Colombia was the Lionel Messi show, scoring one and setting up the other two.  And the recent 1-0 win over Chile came from a Messi penalty, a dubious decision perhaps, but one which came from a foul on Angel Di Maria after a Mascherano pass had opened up the Chilean defence.

If there are two players in the squad who could be spared criticism for Argentina’s recent plight, then it is the Barcelona pair. The fact that such criticism still comes is, of course, a frustrated response to Argentina’s current problems. But it also brings to the surface a kind of idiotic nationalism, where the villains are those who have been in Europe for years, and the potential heroes are home-based players allegedly more willing to show commitment.

The foolishness of this approach brings back memories of Brazil’s chaotic qualification campaign for the 2002 World Cup, where they went through three coaches and a caretaker and used well over 60 players. A similar idiot nationalism was apparent then. One of the coaches, Emerson Leao, announced that he would bring about a drastic change in the team’s approach by giving priority to home-based players. The local press applauded – right up to the moment that the team took the field, with predictably mediocre results. He was soon out of a job, and his replacement, Luiz Felipe Scolari, led Brazil to World Cup triumph in the Japan and South Korea tournament – without Romario and with the European based stars.

There are no guarantees that Argentina’s 2018 campaign will have the same happy ending – it looks unlikely at the moment bearing in mind the paucity of the country’s defensive resources.  But surely the chances of success are increased by not turning on those who, year after year, are prepared to clock up the air miles in the service of their national team.