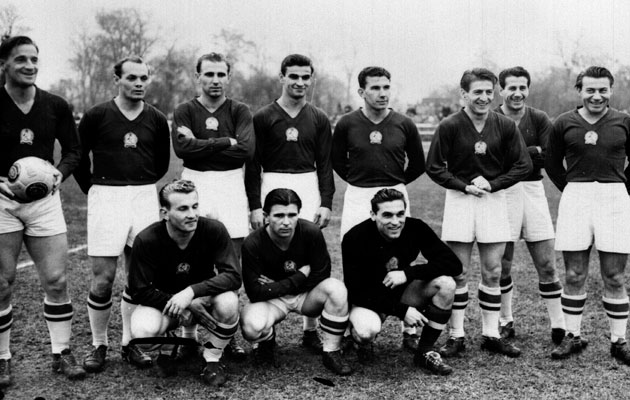 “We have one of the best academies in Europe,” Prime Minister Viktor Orban boasted about his local club Puskas Akademia just last year.

Well, sorry Viktor but I’ve got some news. You don’t even have the best academy in Hungary. Actually, worse than that, your academy is the 9th best in the country.

Puskas Akademia of Felcsut are a bit of a bizarre football club. Named after the greatest Hungarian footballer of all time, Ferenc Puskas has no affiliation with the club whatsoever, and were he alive, it’d be surprising if he even knew Felcsut existed.

Around 45 kilometres away from Budapest, Felcsut boasts a population of about 1500, which makes the construction of their recently built Pancho Arena (Pancho was Puskas’s nickname in Spain) even more ludicrous. That is until until you find out it was funded by the government and their buddies. And then you find out that it’s the hometown of the semi-dictatorial Prime Minister Viktor Orban, the club where the PM used to ply his trade before the rebrand.

To be fair to Orban, he has built one of the most beautiful stadiums in Europe, and I don’t exaggerate when I make the point. A 4,500 all-seater stadium – over twice the number of citizens in Felcsut – it is fully decorated with wooden beams which gives the Pancho Arena an extraordinarily unique look to it. However, it did cost €12.4 million, funded mainly by companies who have very strong ties with the Hungarian government, and the Hungarian government themselves. The Hungarian media have branded the stadium, “a symbol of power.”

“We hope that our young people can draw strength from it, by seeing that a country boy can become a celebrated star,” Orban said, presumably talking about Puskas who grew up in a suburb of Budapest, or perhaps about himself who has definitely become a star in the development of Hungarian football.

And he really has, I’m not being sarcastic when I make this point. For all the faults that the Hungarian people have of Orban, if you’re a Hungarian football fan who cares little about humanity, liberal values, free press and so on, Orban has been an absolute godsend.

Whether this will have an impact on Hungarian football, we’ll soon find out, but Orban’s approach is an admirable one. The PM is a huge football nut. Like I said earlier, he used to play semi-professionally for Felcsut FC in the Hungarian second division, and he attends as many Hungary matches as he can. He was recently spotted sitting in front of Vladimir Putin at the World Cup final, and speaks often about his desire to make Hungarian football great once again.

But investing in football isn’t a stupid idea. Jobs have been created, many industries will benefit, morale and pride will rise across the country, and money will be generated with people coming to the country if Hungary are able to host Champions League/Europa League finals or major tournament games at Euro 2020, along with countless other benefits that come with being a successful football country.

The problem is the football on the pitch isn’t improving – if anything it’s declining. Last season no Hungarian team made it to August in European completion – every team went out at the earliest possible opportunity. There are fewer players playing abroad than ever before. Just a few years ago the Hungarian national team had a lot of excitement around it with the likes of Balazs Dzusdzsak bursting onto the scene and ripping the Eredivisie to shreds, the Hungarian Under-20 side making the semi-finals of the Under-20 World Cup in Egypt, and the emergence of exciting talent like Vladimir Koman and Krisztian Nemeth from that side.

Now Dzsudzsak has massively stagnated at Dinamo Moscow in Russia, and is no more than a squad player, while Vladimir Koman and Krisztian Nemeth are both out of contract and currently have no club. These two weren’t just flash in the pans at that tournament either. Speak to any Liverpool fan about Krisztian Nemeth and they’ll tell you about wasted talent, and Sampdoria fans will say the same about Vladimir Koman who once captained the side at 21. These are genuine prospects who have failed to make it to the next level. There are countless stories like that, which fuels the stereotypical Hungarian pessimism.

If you didn’t know, Hungarians are known to be massively pessimistic people, which made Viktor Orban’s speech about Felcsut Puskas Akademia even more interesting. Unfortunately, despite the emergence of genuinely exciting talent like Roland Sallai and Matyas Tajti, who’s recently signed for Barcelona, Felcsut Puskas Akademia ranked 9th out of the 12 academies that independent Belgium firm Double Pass audited on instruction from the Hungarian Football Federation (MLSZ).

So despite the “build it and they will come” mantra that Orban has gone with, the academies which have been ploughed with money aren’t improving. The report from Double Pass was damning: “No trainers who specialize in developing particular skills”, “Recruiting is done on a part-time basis”, “Psychological coaching is sorely wanting”, “Significantly inferior to other European academies”, and it goes on and on for 134 pages. Sure these things can be improved, but we were lead to believe that these things had been improved.

But we have to be optimistic. If these problems within the academies can be improved, and money continues to be invested, rightly or wrongly, into Hungarian football, then with a bit of organisation and direction from the MLSZ, Hungary can start competing at an international level again.

We’re not talking about being as good as we were in the 50’s, that’s just not realistic but the least we can ask for as a footballing mad nation is to be qualifying regularly for major tournaments. The last time Hungary did that was 1986, and it’s been a long 28 years.