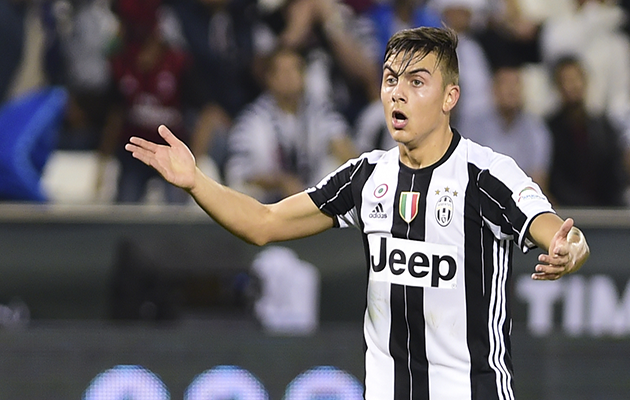 On a bitterly cold opening day of 2017, Italian football burst back to life last weekend after the Christmas/New Year break with a series of results in which all the “biggies” – Juventus, Roma, Napoli, Milan, Lazio and Inter – started off the New Year with a win.

Needless to say, however, no team was more impressive than league leaders and champions Juventus. Having untypically blotted their copybook when beaten in a penalty shoot-out by Milan in the Italian SuperCoppa final in Doha just before Christmas, “Old Lady” Juventus was clearly keen to underline that the Qatar setback had been a mere hiccup in their otherwise all-triumphant progress this season.

At least that is very much the way it looked as Argentine ace Gonazlo Higuain (who else) put them on the road to their 26th consecutive Serie A success at the Juventus Stadium with a classic, brilliantly poached 7th minute goal. Doing more or less what they liked with a useful Bologna, Juventus had the game wrapped up by halftime, thanks to a 41st minute penalty converted by another Argentine, namely Paulo Dybala.

And thereby, obviously, hangs a little tale. This has been a difficult autumn for the talented Dybala, one that was interrupted by a muscle injury which kept him out of the team from October 22nd through to December 8th when he came on for the last ten minutes of Juve’s 2-0 Champions League win over Dinamo Zagreb.

Inevitably, that time out of the team prompted all sorts of speculation about the Argentine, a player who in his first season with Juventus last year was arguably the team’s best player. Eased back into the side before Christmas, Dybala had the misfortune to miss the decisive penalty kick in that losing SuperCoppa shootout with Milan in Doha. For some critics, that was enough to suggest that our man was in crisis.

For that reason, Dybala’s clinical conversion of his penalty just before halftime had a symbolic sense to it as he dispelled any suspicions about his return to full physical and mental health. He had effectively banished the ghost of Doha, at the first available opportunity.

From then on, it was all too easy for Juventus in a dull second half against a strangely overwhelmed Bologna, further discouraged by a second goal from Higuain in the 55th minute. This was a goal that was the result of a slick four pass, counterattacking move, much inspired by Stephan Lichtsteiner, that left Higuain with a straightforward header to effectively bring the contest to a close.

If Juventus were utterly comfortable winners, the same could not be said of their rivals. Lazio, Milan and Milan all won their games, respectively against Crotone, Cagliari and Udinese, with goals in the last three minutes of normal time. Napoli left it even later with central defender Lorenzo Tonelli scoring their winner in a 2-1 defeat of Sampdoria in the 95th minute of the game.

This was perhaps Serie A’s best little fairytale of the weekend since 26-year-old Tonelli was making his club debut on Saturday night. Bought from Empoli last summer for €9.5 million euro, Tonelli’s breakthrough to the Napoli team has so far been delayed by a knee injury.

With first choice central defenders, Senegal’s Kalidou Koulibaly (in Gabon for the African Cup of Nations) and Spaniard Raul Abliol (suspended), both unavailable, Napoli coach Maurizio Sarri had to take a chance with Tonelli. Given that Sarri had coached Tonelli at Empoli, maybe the coach knew exactly what he was doing.

Whichever way, it all turned out hunky dory as Tonelli put the seal on a deserved comeback from 1-0 down for a win which augurs more than well for Napoli’s continuing Serie A and Champions League campaigns. Needless to add, Tonelli was just a trifle pleased with the outcome, saying afterwards:

“As a child you dream of things like this; making your debut at the San Paolo and then scoring the winning goal in the last minute of injury time. I really don’t have the words to tell you how happy I am…”

Curiously both Tonelli and team mate Manolo Gabbiadini, scorer of Napoli’s other goal, were allegedly on the January transfer window list, due to move elsewhere. At this point, plans may be revised. The Serie A show is back on the road.