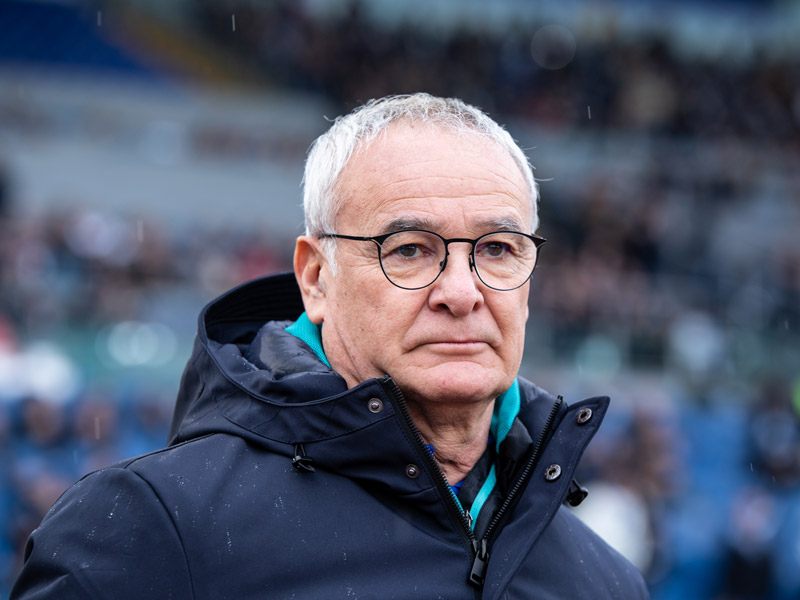 Italian football, like just about every other human activity on the planet, is currently hanging in a limbo of total obscurity. For Italian football, the question is the same as that faced all over the world.

When will this Coronavirus nightmare end? And, when it ends, in what economic state are we going to find our football movement? How much money will have been lost? Do some clubs risk financial collapse in the “post-coronial” world?

However, Damiano Tommasi, the former AS Roma and Italy midfielder who these days is President of the Italian Players Association (AIC), argued this week that there are other considerations to bear in mind. In a letter to sports daily, Corriere Dello Sport, Tommasi wrote:

“The Coronavirus epidemic dominates the agenda, obviously… The AIC works to try and help players and clubs arrive at an agreement. My impression, though, is that in all these current discussions – on wage cuts or not, on calling the current season finished or not, or on playing on through the summer – all of these are 80% focussed on the economic emergency and only 20% on the health emergency…”.

Tommasi fears that, once the Coronavirus fright has passed, Italian football will return to a “Business-As-Usual” mode, rather than use this state imposed moment of “suspension” to reflect on fundamental changes to the game. The same notion was articulated by current Sampdoria coach, Claudio Ranieri.

Faced with no football, the entire soccer community (not just in Italy) has been asking itself twice every five minutes when will the game restart. Ranieri, the man who managed Leicester to that fairytale Premier League title win in 2016, argues that such an obsession is simply not responsible at this time, telling La Repubblica:

“I don’t know if this season’s title contest is already over. I am looking at the reality around us; Italy is engaged in the fight of our lives… If we have to restart playing behind closed doors, we can accept that but let us get one thing clear in our heads, we cannot be thinking about things like that just now…”.

Curiously, Ranieri’s words were echoed by petrol millionaire, Massimo Moratti, the man who led Inter Milan to their historic 2010 treble of Champions League, Serie A title and Italian Cup wins. In an interview on Italian national broadcaster RAI on Monday, Moratti said:

“Instinctively, it gives me no pleasure to address this question (the restart or not of the league season)… These seem to me to be pointless polemics, even from the economic viewpoint, which strike an inappropriate note in the face of the huge human drama that we are living out… I don’t know if they serve as a distraction or just make things worse.”

Claudio Ranieri even suggested that, faced with thousands of deaths all around them, (Italy had recorded 16,523 deaths on Monday night), footballers “have only one duty, namely to stay at home”.

Notwithstanding those reflections, the call for players to accept a wage cut continues to resound. In response, the Lega di Serie A announced on Monday that all the current Serie A clubs had agreed to impose a 30% annual wage cut on their players, if the season is not completed. That 30% becomes 15% if there is a resumption and completion of the Serie A season.

It will be up to the clubs to negotiate terms with their own players. Those negotiations will doubtless be “interesting” but the AIC’s hope is that, if the Serie A players accept some form of wage reduction, then more funds may be available for players in the lower divisions, in particular the Lega Pro where salaries are traditionally modest. The Serie A League’s official comuniquè ended by stating:

“La Lega Serie A is following the evolution of the situation in close co-ordination with UEFA, the Italian Football Federation and the European Club Association. We reaffirm our hope that the current season can be brought to a conclusion and that we can start playing again, without running any risks, but only when the overall health situation and government decisions allow for this.”

Claudio Ranieri points out that “overall health considerations” concern more than just the state of play in the war against Covid-19. If there was to be a restart, this might well envisage a very crowded fixture list for an end of season campaign played through the summer that could see 12 games jammed into a two months period. Ranieri points out:

“After a game, a player’s immune system is lowered. If we find ourselves playing a game every three days, that could have a devastating effect…”

Indeed. It may be sometime before we see the light at the end of this particular, terrifying tunnel.