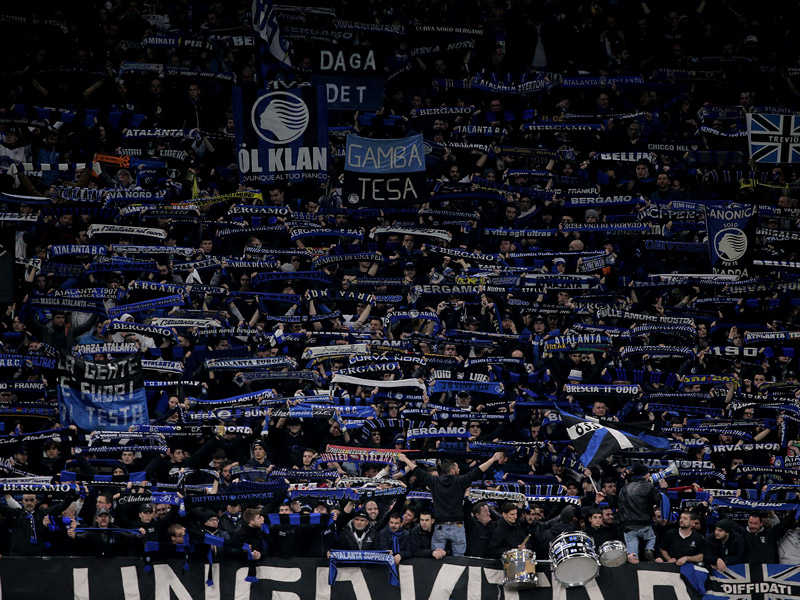 Paddy Agnew’s Notes From Italy: Did Atalanta v Valencia Contribute To The Coronavirus?

“I’ll tell you what I think. That game, Atalanta v Valencia at the San Siro was a biological bomb. 40,000 Bergamaschi (people from Bergamo) all travelling together or at the same time to Milan, by bus, train or car…”

The speaker is Professor Fabiano Di Marco, Chief Physician at the Papa Giovanni XXIII Hospital in Bergamo, northern Italy. In an interview with Milan daily, “Corriere Della Sera”, Professor Di Marco confirmed the uncomfortable suspicion that the Atalanta v Valencia Champions League tie on February 19 in Milan may well have been a major catalyst in spreading the dread Covid-19 virus in Italy.

The point is that this game took place over one month ago, two days before the shock death of the first Coronavirus victim in Italy, namely 78-year-old Alberto Trevisan from the small village of Vo’Euganeo, near Padua in Veneto.

On the joyous night that 40,000 Atalanta fans, mainly from the club’s home town of Bergamo, headed down to the Meazza Stadium in Milan (Atalanta’s Champions League games are played there because their own stadium in Bergamo is currently under renovation), nobody suspected that one month later, 6,000 people would have died in Italy because of Covid-19. Worse still, none of those fans who wildly celebrated their side’s 4-1 rout of Spanish club Valencia that night could have suspected that within a month their town would become the very epicentre of the Covid-19 epidemic.

In the light of hindsight, Prof. Di Marco (and other medical experts) now suspect that the game, the celebrations, the exchanges between the two sets of fans and, above all, the mass movement of 40,000 fans on a Bergamo-Milan round trip offered the insidious Covid-19 virus the perfect conditions in which to “go forth and multiply”.

Nor was it just that 40,000 Atalanta fans travelled to Milan. There is also the consideration that thousands more who remained in Bergamo that night crowded around TV screens in restaurants, bars and homes to watch the match together. Bergamo is a town of 120,000 inhabitants so it is no exaggeration to say that, in some shape or form, up to half the town (if not more) came together to watch the game. In the process, they may well have unwittingly caused a huge spreading of the contagion.

The point here is that many of the fans, especially the younger ones, were probably asymptomatic carriers of Covid-19. In other words, they had the virus but did not know it because they showed no symptoms. Worse still, after the match, many of them would have gone home to extended family units, some containing over-65 grandparents, the highest risk age category.

Given that, on average, the incubation period is five or six days, then followed by a 10-14 day period before the disease becomes critical, the Covid-19 infection will take approx. three weeks from the date of initial infection. Which might explain why three weeks after that first leg CL tie, the Covid-19 epidemic had exploded in Bergamo, killing 330 people between March 8 and March 16. By comparison, 23 people had died in the same week last year.

This is not to argue that the entire Covid-19 epidemic in Bergamo was sparked by the Atalanta v Valencia tie. In a video press conference with the resident Foreign Press on Tuesday of this week, the Mayor of Bergamo, Giorgio Gori, said that various other factors – including the town’s ageing population and an infected hospital – were also key to the spread of the virus in Bergamo.

Furthermore, Mayor Gori also pointed out that all the most logical analysis now suggests that the Covid-19 infection had arrived in the region of Lombardy, probably by the middle of January, a month before the Atlanta-Valencia game. Clearly the Covid-19 infection in Italy did not initiate with that Champions League tie but Mayor Gori concedes that it was likely that the game gave a major boost to the diffusion of the virus.

Gori concedes that Italy has made many mistakes in its handling of the epidemic, largely because it was the first European country to be badly effected. Put simply, no one (in Italy or Europe) took the deadly disease seriously enough, thus allowing a mistake such as the staging of the Atlanta v Valencia tie.

In that context, Gori is perplexed that important countries such as the United States and the United Kingdom, where the outbreak of Covid-19 appears to be three or four weeks behind Italy, failed to learn from Italy’s mistakes, continuing to allow mass gathering events such as the four day Cheltenham races attended by 250,000 people. “Cheltenham Week”, ironically, was the week of the 333 dead in Bergamo.

Mind you, even in Lombardy, some people, fortunately a small minority, do not seem to have learned much. Not only Atalanta but also their bitter local rivals, Brescia, currently find themselves in the very epicentre of the Italian epidemic.

In the name of solidarity in the fight against Covid-19, some fans had the commendable idea of displaying a banner on a bridge, bordering between the provinces of Bergamo and Brescia, “uniting” the two historic rivals. The banner did not last long, however, with someone opting to tear it apart. Was this a case of a local fan rivalry that clearly understands no bounds? Or was it “just” common or garden hooliganism? Either way, in these Corona Times, the gesture was an abominable one.