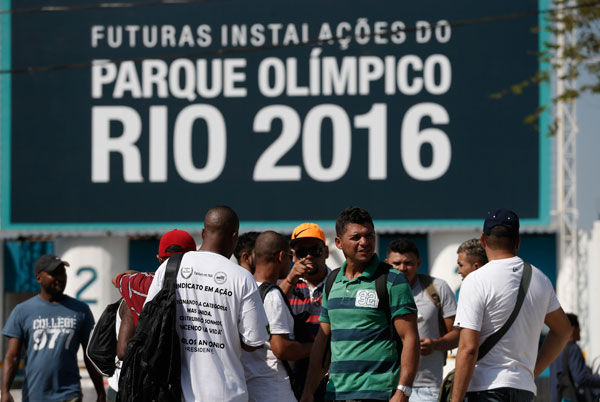 Only two nations have ever found themselves with the bonanza or curse of staging successive World Cups and Olympics Games: Mexico hosted the 1968 Games (Mexico City) and 1970 finals then West Germany doubled up with the Munich Olympics in 1972 and World Cup in 1974.

But that was a different era in terms of staging demands, structures, sponsorship, costs, complexity and – last but very particularly not least – relentless media focus as Brazil prepares to become a third member of the ‘double host’ club.

With the Opening Match of the 2014 World Cup finals just two months away it was no surprise to find the following panic-stricken statements about Brazil erupting into the international media this week:

“There isn’t a day to lose; they now face very challenging deadlines;

“The support of the Brazilian government is late and not sufficient;

“The cash flow is not positive: they offer plenty of words but not money – and words are not enough;

“We will need a Plan B [because] there is nothing – there are not even workmen on site;

“It’s getting very serious. This is not a country like China, where you can ask people to work at night.

“This is the style of South Americans who are not used to hosting major events.”

These statements all emanated this week from leaders of some of the world’s other sports and a state of near-panic among members of the International Olympic Committee has been provoked by a lack of progress ahead of the next Games two years away in Rio de Janeiro.

The words and sentiments are familiar from countless conversations about World Cup preparations.

Various Rio 2016 officials, over the past two years, have assured this writer that the Olympics would not be a problem because they were in only one city and not spread through 12 right across one of the largest countries in the world.

By contrast various IOC members have whispered off-the-record and then on-the-record concerns that the multiplicity of sports makes the Olympics an even more complex undertaking than a World Cup.

IOC and FIFA may argue that out one day. Ironically several sports are talking of shifting their Olympic events to other cities in Brazil, World Cup style.

Valcke, FIFA’s World Cup progress-chaser, has resigned himself pragmatically to ensuring that the last of Brazil’s unfinished venues – Sao Paulo and Porto Alegre – meet minimal hosting requirements. It will be a close thing.

Some airports will not be up to standard either for fans. A temporary canvas terminal will be used instead of a planned expansion in Fortaleza while redevelopment at Belo Horizonte is running too late for the finals.
Pelé has said he is embarrassed at his country’s failure to be ready on time, as President Lula promised back in October 2007.

“It’s upsetting that a World Cup, awarded to us so many years ago, is still such a worry only two months from the Opening Match,” said the triple World Cup winner.

“When I travel abroad – Russia, China, wherever – everyone tells me how much they are looking forward to the World Cup in Brazil . . . and then I come back to chaos at our airports. It makes me very sad.”

At least the Olympic movement cannot say it was not warned.