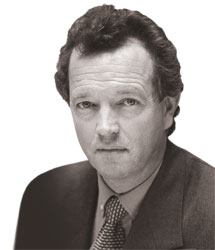 At the height of Ireland’s dizzy ten years of “Celtic Tiger” boom, a catchphrase used to do the rounds. People in Ireland, suspicious that the boom could not last, would say that, yes, it will end but it will do so with a “soft landing”.

In reality, of course, the post-2008 crisis in Ireland has been anything but a “soft landing”. Unemployment has reached 14-15 per cent, the phenomenon of emigration has resurfaced and, perhaps most crucial for ordinary Irishmen and women, the value of real estate has collapsed by 60 per cent or more.

In some senses, the fate of Giovanni Trapattoni’s Ireland team at the Euro 2012 championships has mirrored that of the country.  Frankly, amidst the hype and understandable “feel good” prompted by Ireland’s surprise qualification (greatly helped by the kindest possible play-off draw against Estonia), public opinion got carried away in a tidal wave of enthusiasm which lost sight of one or two fundamental truths.

Three straight defeats hardly represent a “soft landing”. Yet in a competition of this supreme level, it was always a possibility.  Look at the 2010 World Cup finalists, Holland, one of the tournament favourites – they too are on the first plane home, with three straight defeats below their belt

On top of that, the reality is that this is a squad of honest journeymen players, not world beaters.  How come there was not, as in the days of Jack Charlton’s Irish teams, a single Manchester City, Manchester United, Liverpool, Chelsea or Arsenal player in the squad. Simple, there are no Irish players of that top of the Premiership level.

This squad simply does not have a Liam Brady, a Ronnie Whelan or a Ray Houghton. The reality, not always acknowledged by Irish critics, is that Trapattoni pulled off a minor miracle to get as far as he did with this lot.

Prior to the tournament, your correspondent was a guest on a prime time Irish radio show where one “expert” bravely suggested that Ireland could get their tournament off to a winning start against Croatia. The optimism was admirable but hardly realistic.

Croatia is a country which in its first post-independence tournaments sparkled at both Euro 96 and the France ’98 World Cup, reaching the quarter finals in England and the semi-finals in France.  This is a Croatia which defeated Italy in the first round of the 2002 World Cup, which eliminated England from Euro 2008 and which then went on to defeat Germany before going out in the quarter finals four years ago.

So, you are going to beat this lot, are you?  We have our doubts. Put simply, sides like Italy, Spain and Croatia have a track record that suggests they operate on another level. Those who know football understand this.  Those who got carried away with patriotic fervour perhaps lost the plot.

Did some of this hype impact negatively on the Irish team? We strongly think so – it would have been hard to avoid it happening. How else do you explain the apparent stage-fright that seemed to paralyse Ireland against Croatia and Spain and which they only shook off against Italy, at a stage when all had already been lost.

On top of that, Ireland’s campaign went all wrong for another most unexpected reason – namely their goalkeeper Shay Given. Ireland’s most capped player has for long been one of the few 23 carat gold, class players in this squad.

Unfortunately for Ireland, in Poland he looked like a player carrying an injury. At his typical best, Given might have done better, especially in the all vital first game against Croatia. In Poland, he did not look like the real Shay Given.

Given’s form is but a detail.  More important was the unrealistic if understandable sense of national expectation. One is sorry for the wonderfully cheerful, sporting Irish fans but this was one landing that was anything but soft.