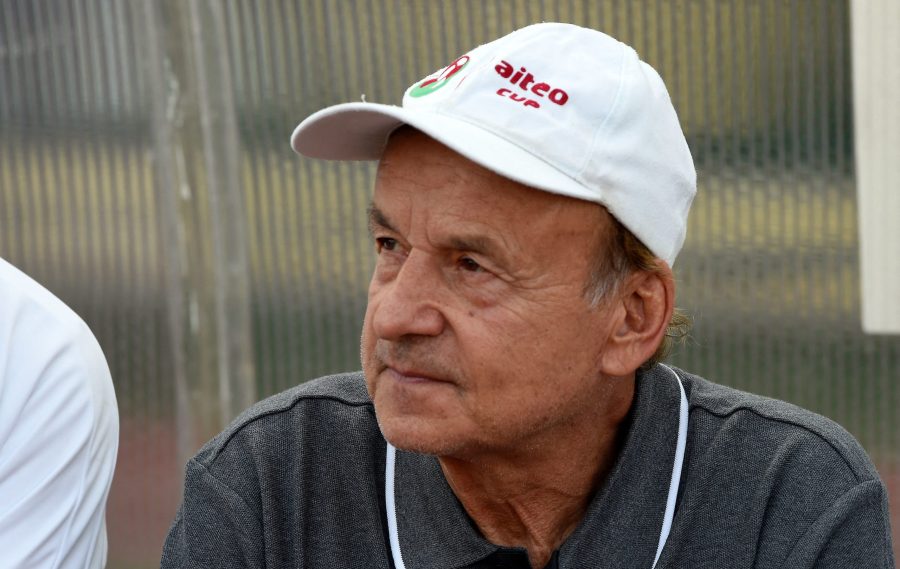 Nigeria were eliminated in the first round at the 2018 World Cup and reached the last four at the 2019 Africa Cup of Nations. Where are the Super Eagles today in terms of development and progress?

The team is still very young and it’s learning a lot. In 2019, they reached the semi-finals and got a bronze medal, so the target is to do at least the same and then to go to the World Cup play-offs in March. It’s a big challenge. The team can progress because it’s young.

Does this current generation live in the shadow of Nigeria’s golden generation of the 1990s?

Nigeria don’t have these big stars like Jay-Jay Okocha, Nwankwo Kanu or Victor Ikpeba. [Wilfried] Ndidi is not yet a star; [Kelechi] Iheanacho not yet either. They don’t have any players in Liverpool, Manchester, Munich or Chelsea, which is the case for Senegal, Egypt, and Ivory Coast. The biggest clubs are perhaps Leicester, or possibly Napoli with Victor Osimhen. When you don’t have the players in fantastic clubs, playing the semi-finals or quarter-finals of the Champions League all the time, you cannot pretend to be better than Algeria or Egypt. That’s the question of football without stars. It’s more collective football.

How can the likes of Ndidi, Iheanacho and Osimhen make the step up to one of the big clubs?

By working and playing well. They are still young. Ndidi is 24, Ichaenacao 25 and Osimhen 22, so they will continue to develop their game, experience and level. Until the age of 28, you progress. They should have the chance to play for the big clubs in the future, all three, and Samuel Chukwueze as well.

In Group D, Nigeria have been drawn with Egypt, Sudan and Guinea-Bissau. What are your thoughts?

It’s a difficult group with Egypt in the first match. We will immediately know the level they are playing at, and how fit and ready they are. Sudan are doing well, progressing with their French coach. Then we have Guinea Bissau, playing good football with Portuguese influences. Three difficult matches, but they have to progress from the group.

Aside from Senegal and Algeria, who else can win the Africa Cup of Nations?

A lot of teams can win it. Cameroon play at home. You can have a surprise team, like Zambia winning in 2012. Everything is possible, but Senegal, Algeria, and Cameroon are the favourites for the tournament. Egypt can be interesting as well.