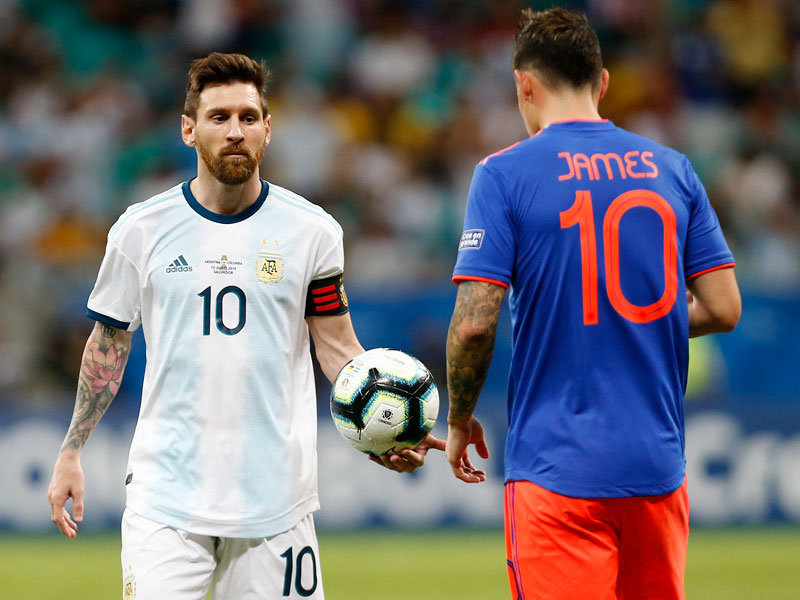 A century ago, back at the time of its birth, the Copa America was held on an annual basis. It almost seems to have reverted to that kind of frequency in recent years.

There was a 2015 Copa in Chile. The following year was the centenary of the tournament, and so to celebrate the occasion a special version was played in the USA. The 2017 Confederations Cup and Russia 2018 robbed the stage for a couple of years.  The normal service resumed with Brazil 2019. And now normal service is changed.

The Copa’s four year cycle now switches from odd to even years, to coincide with the Euros. The next competition in the normal sequence is set for Ecuador in 2024. But the change has opened up the chance to slip in another one twelve months from now – which somewhat bizarrely will be shared between Argentina and Colombia.

There are reasons to believe that the 2020 Copa will be both better and worse than the version which has just come to a conclusion in Rio de Janeiro with Brazil’s 3-1 win over Peru.

It is easy to imagine the extra problems that next year’s Copa will have to overcome. The motives behind the competition have much more to do with politics than football or even finance – and the political considerations threaten to force a monstrous format on the old competition.

The backdrop to the event is provided by South America’s campaign to stage a centenary version of the World Cup in 2030.  The aim is to go back to Uruguay, with Argentina, Chile and Paraguay also helping out. As the original 1930 venue, Uruguay brings the romance. Argentina, though, will stage the bulk of the games – and so the campaign was blown badly off course when crowd violence meant that Argentina proved unable to stage last year’s Copa Libertadores final between the Buenos Aires rivals River Plate and Boca Juniors.

Madrid stepped up to stage the game – less an altruistic gesture, more a point scored in the 2030 race, in which Spain are also competing.

Argentina, then, needs to wipe the slate clean – and hosting this extra Copa America is a neat way to do it.

Colombia, though, have reasons to be annoyed. Theoretically they should be the next South American nation in line to host a World Cup. Should the joint South American 2030 bid be successful, they will have to wait for decades. And their last, and only Copa America was back in 2001.  Argentina had the competition as recently as 2011. The Colombians thought they had a right to this extra tournament, especially after investing in stadiums for the 2011 Under-20 World Cup.

The compromise was to split 2020 between Argentina and Colombia.  Politically this might work. Logistically it is a nightmare. The two countries are at opposite ends of the continent. A six hour flight separates their capitals.

Argentina still stage the opening game.  Colombia will have the final. As for the rest – clearly there is a need to limit the amount of traveling between the two co-hosts. And so the 2020 Copa will not feature the now traditional three groups of four.  Instead there will be two groups, one in each of the two countries.

It would surely make sense not to invite any teams from outside and have two groups of five, leading straight to semi finals. But that is not going to happen. Qatar and Australia are set to take part, and there will be two groups of six, leading to quarter finals.

This transforms the group phase into an even more extended phoney war than the current format. Of the 12 participants, only four will still be eliminated at the end of the first round – but it will take much longer to do it. Each team will play five group games – the sides which go all the way in the competition will play a total of eight matches. In the World Cup no one plays more than seven.

The 2020 Copa America, then, will be ludicrously unwieldy. The group stage will go for ever, and will then be followed by knock out matches where some teams will be obliged to make vast journeys during the course of the competition.

On the other hand, the level of play should be higher than that seen in Brazil 2019.

The recent role of the Copa has been to kick off a new cycle of competitive matches. Usually, World Cup qualification gets underway soon afterwards, and sides seek to emerge from the Copa with a team that is battle hardened and ready.

But Qatar 2022 will be at the end of the year, and not in the middle. The start of the qualification process has accordingly been put back – to March of next year rather than September or October of this. This removed much of the urgency from the 2019 Copa. Many sides had recently appointed coaches – and a theme of the competition was the first contact of the idea of play with competitive reality. There were plenty of undercooked teams, and the likes of Paraguay and Argentina, for example, were forced to change their approach during the course of the action. This made the 2019 Copa interesting from a tactical point of view. But it was a long way from a contest between established teams with a consolidated model of play.

Next year should be different. The teams will have played the opening two rounds of the Qatar qualifiers – and there will be six more rounds coming up soon after the Copa. Argentina/Colombia 2020, then, will be an excellent opportunity for coaches to fine tune their teams in preparation for the race to a World Cup slot.

Moreover, in twelve months’ time it is to be hoped that the application of the video referee will be better than it was in Brazil, when its use seemed random and frequently unsatisfactory. The Copa officials have a year to raise their game.