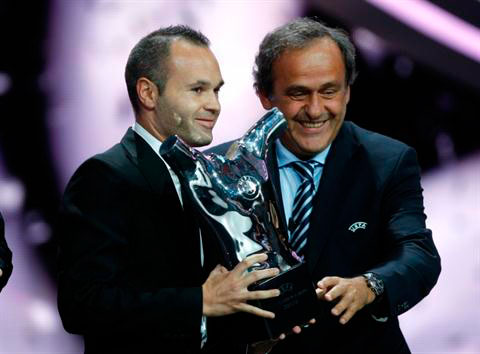 ESM: How would you summarise last season with FC Barcelona, for you personally, and on international level?

We managed to win titles again, just we missed out on the Spanish league and the Champions League, but it can’t always work out well, and this season we have the intention to win those titles.

We want to get past Real Madrid, the winner of last season’s Spanish league title, and to get as far as possible in the Champions League.

But it looks like it wasn’t a good season after not winning those two titles last season…?

Yes, well I think that an analysis made at the moment, when you lose the league title and you are knocking on the door of the Champions League final, that’s very different from when you analyse it cold later.

Are you noticing changes in his approach, or is he basically continuing the work of Guardiola?

No, the ideas and everything are more or less the same. We are not changing much in terms of what we are doing, or the way we do things.

I feel there are some small differences, in terms of the way he sees things at certain moments. And we as footballers, all we have to do is follow the advice or the words that the coach gives us.

And so now after the Champions League draw, what do you think about it?

Well, on paper it looks like we can make it, but as I said before, all opponents are difficult to play. And I guess it’s a cliché to say in football, but it’s the reality: if you don’t give 100% then you can lose to any opponent. So we will start the Champions League with the maximum respect, respecting our opponents, and trying to do things well.

Iniesta was speaking to a representative from ESM, of which World Soccer is a member.