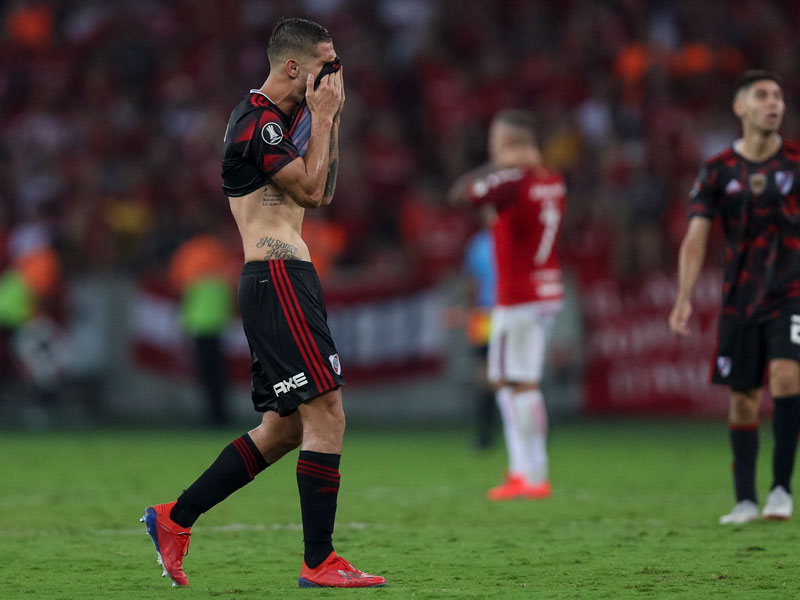 Half way through the group stage of the Copa Libertadores, the tables make uneasy reading for Argentina’s six representatives.

Four of them – including reigning champions River Plate – are currently outside the qualifying places. Boca Juniors are just in, on goal difference, because Toilima of Colombia astonishingly let a two goal lead slip at home to Jorge Wilstermann of Bolivia. The only Argentine side who can be pleased at their progress are San Lorenzo, who just finished the domestic league in 23rd position. In the Libertadores, though, they are sitting pretty; yet to concede a goal in three games, they have recorded two of the measly total of three wins that the Argentine sides have managed in 18 matches.

Contrast that with the record of the three Paraguayan teams; seven wins, two draws, no defeats, with 15 goals scored and three conceded.

Libertad and Cerro Porteno have won all three of their matches – Cruzeiro of Brazil are the only other side with a 100% record. And domestic league leaders Olimpia opened up with two draws before winning 3-0 away to Sporting Cristal on Thursday to ensure that all three Paraguayans are top of their groups.

A striking feature of this success is the importance of a group of veterans from Paraguay’s 2010 World Cup campaign, where they reached the quarter final for the first time and gave Spain possibly the toughest knock out match they experienced in their run of tournament triumphs.  Indeed, had Paraguay’s centre forward Oscar Cardozo not missed a penalty, Spain might still be searching for their first World Cup win.

Cardozo is still going strong – although injury forced him out of Thursday’s comfortable victory at home to Rosario Central of Argentina. Earlier in the competition, however, Cardozo managed to score a goal from his own half of the field.

His Libertad team-mates include centre back Paulo Da Silva, now 39 and still organising the defence. Off the bench on Thursday came midfielder Cristian Riveros, like Da Silva a former Sunderland player, and winger Edgar Benitez, who had the supersub role with the 2010 national team.

And Olimpia’s defence is co-ordinated by Antolin Alcaraz, now 36, who was on excellent form in Thursday’s win over Sporting Cristal. The opening goal came from a typically emphatic header by Roque Santa Cruz, back at the club where he first made his name as a lanky teenager all of 21 years ago.

Now 37, this could be his last chance to make a real impact on the Libertadores.  He has never played in the knock out stages. In 1999 Olimpia fell in the group phase, and then he was sold to Bayern Munich. He spent over a decade and a half wandering round Germany, England and Spain, with a brief spell in Mexico, before returning home in 2016. It was too late for that year’s Libertadores, and Olimpia failed to make it through the qualifying rounds in both 2017 and 2018.

But in 2019 he, and plenty more of the Paraguayan dad’s army, should be present and correct when the knock out action gets underway in the 60th version of the Copa Libertadores.