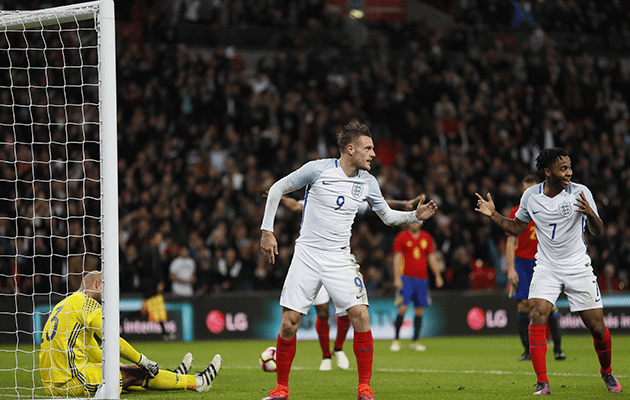 One of the more significant moments at Wembley last night arguably came when interim coach Gareth Southgate, interviewed on television, declared: “We played one of the best teams in world football”. Oh no they didn’t. They had, in truth, just drawn against Spain reserves. A team which lacked such stars as Andres Iniesta, David De Gea, Giego Costa and Gerard Pique.

If Southgate believes that this was a full strength Spain team then he still has a worrying amount to learn about international football. 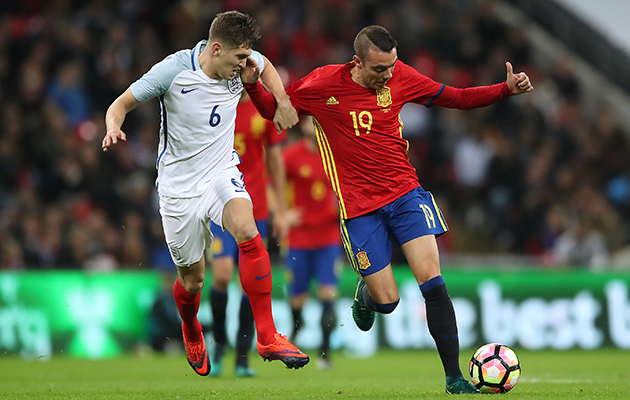 Overall, it had been a promising England performance. but there are still faults one hopes will be remedied. I remain unconvinced by John Stones in central defence.

After the Scotland game, Southgate himself had emphasised his errors, though in the context of praising his all-round display. But it cannot be too heavily emphasised  that a defender is essentially there to defend, however deft on the ball and eager to bring it out form teh back. At least twice in the game against Spain, Stones was found seriously wanting. Once on 34 minutes he carelessly sent Eric Dier a high and difficult ball with the outside of his foot. More expensively, when he failed to stop Iago Aspas, despite being at close quarters, from scoring the first goal for Spain.

Certainly England were unlucky to lose Adam Lallana, in impressive form, setting up England’s goal with an inspired breaching pass from the right. I was sorry, Jack Wilshere. capable in the old italian phrase of ‘inventing the game’ never got off the bench.

Jamie Vardy had to redeem a clumsy first touch to gain his penalty but took his second half goal well. Made by an excellent cross from the resourceful Jordan Henderson. 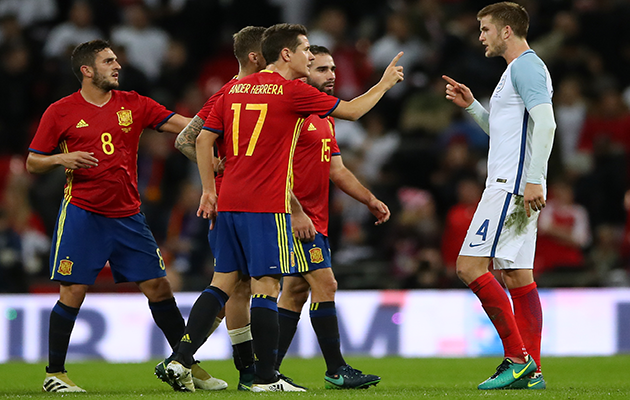 Eric Dier (right) and Ander Herrera exchange words after the spaniard was accused of elbowing the England midfielder.

With a stricter referee in a competitive international. England might have had both Vardy and Raheem Sterling – generally effective – expelled. But then so should Ander Herrera have been, for blatantly elbowing an infuriated Eric Dier in the closing minutes of the match.